There’s a first time for everything; even for an Amsterdam-born cannabis veteran. Today, our reviewer Hans Plomp describes the special effects of cannabidiol, better known as CBD. In this Blue Monkey CBD strain review, you’ll discover what smoking and growing CBD cannabis can offer you. And that’s probably a lot more than you ever expected!

Hans is an Amsterdam cannabis author and connoisseur who was there when Dutch cannabis culture was born. He lovingly reviews our cannabis strains, sharing his insights with smokers and growers around the world.
More About Hans

An entirely new experience for me: CBD weed. In this particular case, the Blue Monkey CBD strain. It sure has a nice and compact bud, but that’s where the resemblance ends with the countless other types of weed I’ve had the privilege to experience in my life.

The taste is neutral and soft; a smooth smoke, but I might not have recognised it for cannabis if I hadn’t known.

A housemate walks in and sniffs the air: “What is that smell?”

“This is Blue Monkey: .3% THC, but 11.5% CBD.” That puts this plant on a level with the famous CBD oil. It is hugely popular for medical reasons these days, and I know many people who really benefit from it.

Plant Of The Future

Hemp is the plant of the future. There is no other plant with as many different applications. Now, the West is starting to grow aware of its healing potential, too. Other cultures have been familiar with it for thousands of years. In 1988, after years of repression, even the mighty American Drug Enforcement Agency could no longer deny the mounting scientific evidence for the positive effects of cannabis. Dozens of reports by prominent medical experts conclusively demonstrate that cannabis could help huge numbers of sick people. From a medical viewpoint, marijuana is a lot safer than many substances we’re prescribed on a daily basis. Pure weed is one of the safest kinds of medications that exist.

And even though we cannot call CBD medicine for technical reasons, the prospects of this special cannabinoid are rosy indeed. Anyone interested in growing medicinal cannabis ought to give this girl a try. Some modest praise for this flower’s potential is in place. We keep seeing more evidence and reports hinting at the potential CBD has as:

…and the list goes on. Now, I don’t mean to suggest that a joint or a pipe of Blue Monkey CBD makes you invulnerable like Achilles. To my knowledge, though, there is no regular medication on today’s market that holds such panacea-like promise as this CBD cannabinoid does.

Cannabis A Curse, CBD A Blessing?

We have been fighting the cannabis ban since the sixties. Global repression has only began to shift in recent years. It’s strange to reflect on how much of this repression has christian roots. Don’t they believe that their god created everything, including all plants? How can you prohibit what the good lord himself invented? If you take the bible for its word, you’ll have to admit that the lord is the world’s greatest drug producer ever. He makes peyote grow, just like he does coca, hemp, ayahuasca, mushrooms, and all sorts of illegal lifeforms. Now, don’t get me wrong: everyone is free to believe what they want, but isn’t it time we got together and decided that cannabis is a blessing instead of a curse, regardless of our spiritual preferences?

CBD As First Aid For The Baked

Anyone interested in growing or tasting Blue Monkey CBD cannabis for non-medical reasons should know that this friendly azure primate has plenty of adventure in store. Did you know that CBD has a unique influence on your high? It’s a very subtle sensation, but you’ll notice it straight away. CBD keeps you sharp and active while you enjoy your high. It’s all related to the distinct ways in which THC and CBD play with our nervous system, including the brain.

One compound balances the other’s effects. So if, for instance, you’ve just blazed away a heavy hitting joint and it’s a bit too much, no worries! Just have a bag of tasty CBD Gummies on hand. One cute little gummy bear will neatly place both your feet back down on solid ground. A pipe of Blue Monkey CBD weed will get you the exact same result. Very useful stuff! Although I was unfamiliar with CBD weed until now, I already consider it a very convenient plant to have around as First Aid For The Baked.

There’s a reason why most of Europe’s major CBD oil manufacturers use the Kompolti parent strain for their products. The other parent, Afghan #010, adds a relaxing indica twist to your high. Good news for growers: Blue Monkey CBD’s Afghani genetics make this a tough, resilient, and highly mold-resistant plant.

Burn CBD In Your Joint, Not At The Stake

Sadly, our own forefathers saw the matter differently. As early as the twelfth century C.E., the roman catholic terror of the inquisition started stamping out cannabis use across Spain. In those days, the church was busy organising looting and plundering expeditions into the Middle East. They called them crusades.

It was these crusades that introduced European crusaders to hashish. The church feared that christians would easily adopt this ‘muslim drug’. In response, the inquisition labelled cannabis ‘satanic’ and ‘heathen’ while simultaneously promoting the use of alcohol. Repression only mounted in the thirteenth century. France saw a ban on nearly all medicinal plants. Not incidentally, these were all plants used by the medicine women of pre-christian times.

Did Joan Of Arc Use CBD?

Joan of Arc was sentenced to death over her use of different herbs such as cannabis to “hear the voices that guided her”. Surely, such voices could only be the devil’s, said the ‘judges’, and so they had the young heroin burned at the stake.

Anyone using such plants was branded a witch by the inquisition. Christians have burned millions of people alive for using plants such as cannabis. If you ask me, it would have been better to burn wholesome strains like Blue Monkey CBD, but hey… It’s all water under the bridge now.

Today, we still feel the dying echoes of the cannabis inquisition. At least we have strains like Blue Monkey CBD now, unlike our poor witches. The effect is deeply relaxing, even reminding me of mildly opiate-like effects. It also inspired me to write this Blue Monkey CBD review, twice as long as my usual works…

I’m sure it’s no coincidence that this blue little monkey has Northern Spanish origins. This is the very spot where the hunt for weed lovers started 850 years ago…

It just goes to show that everything is connected. If you need proof: pull a few hairs from your bum and feel the tears well up in your eyes… 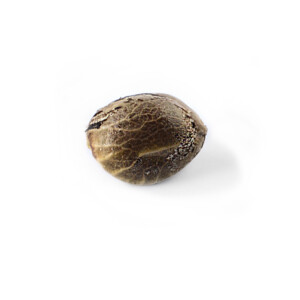