The best-known and most psychoactive substance found in cannabis is THC, or delta-tetrahydrocannabinol. That substance, however, is not readily present in the flower buds that growers harvest. Weed plants produce a precursor of THC, called THCA or tetrahyrdocannabinolic acid. (Tip: write down for your next game of scrabble.) Although THCA does all sorts of things, it will not produce a high. Similarly, CBD (cannabidiol) needs to be converted from CBDA to get the desired effect. This happens in a process called decarboxylation. Decarboxylating cannabis occurs spontaneously when you burn (smoking) or vaporize weed (vaping). If you want to make edibles or extracts instead, you’ll need to decarb your cannabis yourself first. Here, we explain how to do it.

What Is Decarboxylating Cannabis? 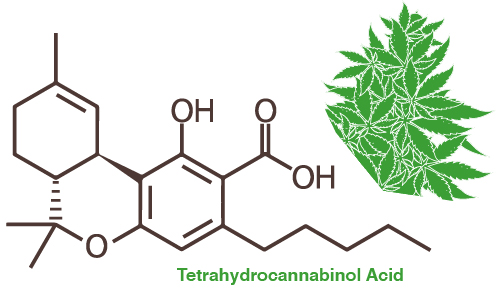 Are you interested in making delicious muffins, cakes, or other edibles out of cannabis? Then you’ll need to convert THCA to THC, and CBDA into CBD. This literally lets you make the most of your buds. The process is called decarboxylation. In fact, decarboxylating means heating your cannabis. This causes a chemical reaction in which THCA or CBDA release an acid molecule (C-O-O-H). Only then will you feel the intended effects. 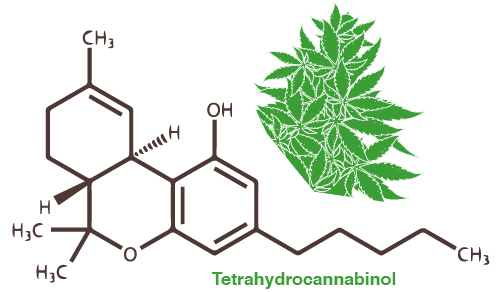 After your harvest, your weed has to dry. After that, curing slowly hardens the buds, getting your buds in top smoking shape, safe in a mason jar. That does not decarb the buds, however: this only happens once you heat the weed. Smoking or vaping cannabis produces enough heat for instant decarboxylation. If you don’t intend to burn that ganja, for instance because you want to make edibles or extracts, you’ll need a different plan. Luckily, we have several options to try.

We review three options to start the decarbing process. Which option is best suited for you depends on your equipment and preferences. Some options are riskier in terms of burning your weed accidentally.

You can decarboxylate your cannabis using the following three methods:

Let’s check them out so you know what to do and what to expect!

Decarboxylating Cannabis In The Oven

Decarboxylating cannabis in the oven is the most popular method, mostly because almost every home has an oven. When you’re done, your weed is fully psychoactive and ready for use in cannabis or extracts.

So how long and at what temperature do you oven decarb? Crank the oven up too hot or leave the weed in for too long and you’ll fry the weed. That could mean losing all the active ingredients in the process: bad news for your taste and effects! 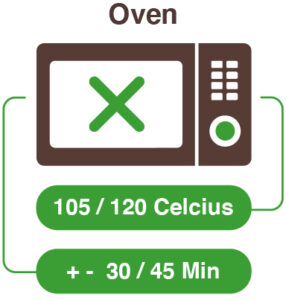 Decarboxylating cannabis takes time. Converting (nearly) all THCA into THC in an oven would require your buds to be exposed to 105-116°C for 30-45 minutes, for instance. Some claim 120°C is best, but this is an absolute maximum. The boiling/evaporation points of most cannabinoids range from 120 to 225 degrees centigrade. Make sure you stay below these temperatures to prevent losing cannabinoids.

Start by preheating your oven to 105°C. As it warms up, divide your buds into smaller chunks using your fingers or a pair of scissors.

Now, spread out a sheet of greaseproof paper on a baking tray and divide your weed over the surface. Put it in the oven and wait 30-45 minutes.

Afterwards, remove the plate containing your weed from the oven. It should look golden brown now; squeezing the buds should make them crumble. After cooling down, use a grinder or blender to grind your THC-rich weed. Now you’re all set to make those edibles or extracts you wanted.

Decarboxylating Cannabis In A Microwave Oven

A microwave oven allows you to decarb cannabis fast and simple. However, it’s quite a risky method. Some claim that microwaves damage cannabinoids and terpenes. Moreover, microwave ovens are harder to control than regular ovens. Opinions differ as to the ideal power and timer settings. Regardless of specific settings, however, this is the fastest way to decarb weed. If you decide to decarboxylate by microwave, use a nearly sealed (Tupperware-ish) container with three sheets of kitchen towel. Spread out the cannabis on the first sheet, in chunks. Don’t crumble them to dust; just go for one-centimeter pieces. Cover the weed with the remaining two damp (but not soaked) sheets. Now, place the lid on the container, leaving one corner open to allow the vapor to escape. 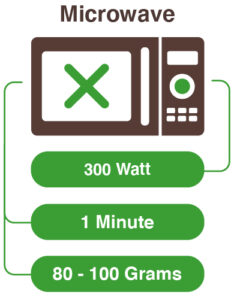 Don’t set your microwave to full power: 300 Watts will do. Here, we assume you have a total amount of cannabis between 85 and 100 grams. At this setting, one minute should be enough, but again: success depends on differences between microwave ovens and the quantity and moisture content of your buds.

So that’s how easy microwave decarbing can be. Now, your weed is suited for making edibles and extracts. Still, for gourmet growers, the ease and speed of microwaving will not outweigh the risks of high temperatures and loss of flavour. If you’re looking for the most accurate results in decarboxylating cannabis, the sous-vide method is the way to go.

Decarbing sous-vide involves vacuum-packing your cannabis in a plastic bag and then heating it in water. Sous-vide is French for ‘in a void’, or in a vacuum. The technique was first devised by haute cuisine chefs using expensive professional equipment. These days, you can buy sous-vide cookers at fair prices, making this technique much more affordable.

Sous-vide decarboxylation is efficient and steady, with zero risk of frying your buds. Moreover, the smell of your weed stays in the bag, allowing you to work stench-free. The downside of this approach is the special devices you’ll need. You’ll need a sous-vide cooker and a sizeable pan to start with. In addition, a vacuum sealer is ideal, although you could squeeze the air out of your sealbags for comparable effects. 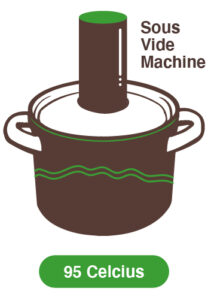 Start by dividing your weed into chunks: don’t pulverize it.

Now, take your bud chunks and pack them in a heatproof bag; preferably using that vacuum sealer.

Fill the pan with water, install the sous-vide cooker and set temperature to 95°C.

Once the water has reached the right temperature, put the bag of weed in the water and leave it to decarboxylate for an hour.

Now, all you need to do is carefully remove the bag from the water and release your decarboxylated weed!

How Will You Decarb Your Weed?

As mentioned, your decarb method largely depends on the equipment you have available. Few people have access to vacuum sealers and sous-vide cookers. Microwave ovens are more common, and regular ovens are virtually everywhere.

If you’re using an oven, you chose the most common approach. Do take care to set the right temperature though: not too cold, but definitely not too hot. Frying your weed is a sure way to prevent you from baking…

So now that you know how to decarboxylate cannabis, you’re all set to whip up some fabulous edibles. Have you decided on the weed or hash that will determine your flavour yet? You can read all about cannabis edibles versus smoking in this special edibles blog! 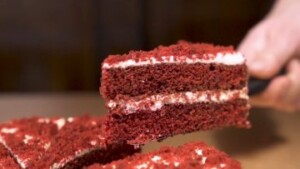