The White Choco grow was getting along nicely when we last checked in on our ganja-growing friend Nibameca. Having advanced from the seedling stage to a sensational vegetative boom, they were just about to undergo a change in lighting regime. The stage is set for the last important step towards that long-anticipated harvest: Nibameca’s White Choco flowering stage! 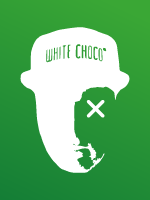 If you’re looking for firsthand boots-on-the-ground growing expertise, then look no further than our Nibameca blogs & grow guides . Ever since discovering our White Choco genetics, this cannaboss refuses to leave our AG grow programme – and rightly so. This veteran grower is all about prime quality, innovative, sustainable indoor cannabis growing. He’s here to share his experience with you as our special Amsterdam Genetics Grow Guru to help you make the most out of every single seed you plant! More About Nibameca

In the previous episode of our Nibameca Grow Guide, the White Choco ladies were doing their best to reach for the sky. They had all received a topping treatment to boost lateral growth. Once they recovered from the stress, a scrogging setup with a wire trellis followed. That made for a pretty screen of green, allowing the Zeus LED lights to flood all fan leaves in high-intensity lighting. All those lumen hitting the leaves clearly worked out. In fact, it sparked enough photosynthesis to keep the plants growing further upwards. For Nibameca, that was all he needed to go for another round of topping.

Cutting out the new plant tops made for even denser lateral growth. The White Choco genetics were sturdy enough for a swift recovery. They actually bounced back so well that these not-so-little ladies started to frighten our grower a little bit. They kept on racing for the grow tent’s ceiling even as they spread out sideways. These little monsters were growing so fast that Nibameca decided for drastic measures. He installed another scrog net above the first trellis, just to prevent the ever-heavier branches from collapsing under their own weight! It was probably for the best that it was time for a new lighting schedule…

Nature In A Grow Tent

In nature, cannabis grows along on the rhythm dictated by the seasons. After the longest day on Summer Solstice, the days start to grow shorter as the northern hemisphere slowly heads for autumn. That triggers cannabis plants to start thinking about reproducing. To do that, they need flowers, lovingly called buds or colas in the case of cannabis. Other plant species follow similar seasonal rhythms, but not necessarily at the same moment. By the time you see ripe apples fall from the boughs, though, you can bet cannabis buds are developing elsewhere.

Now, if you are forced to spend your entire childhood in a grow tent, obviously, you don’t notice how the daylight and the seasons change. That’s why as a grower, you need to adjust your artificial lighting to trigger the switch from growth to flowering stage. For the first stages of the grow, sixteen hours of light will do, leaving 8 hours of darkness a day. To trigger the switch to flowering, you adjust the light/dark ratio from 16/8 to 12/12, simulating the natural decrease in daylight. Right after the second round of topping, Nibameca switched to 12/12. After that, he just had to wait for the first signs of flowering.

With your average strain, a little more than a week spent under the 12/12 lighting regime is enough to push the plants into flowering mode. White Choco is far from an average strain, however. Still, Nibameca started to grow just a little nervous after that first week passed. He’d been watching the ladies closely, but no signs of bloom so far. Fortunately, we are dealing with an experienced and careful grower here. Most people change the nutrition supply the moment they adjust the lighting, but Nibameca usually prefers to wait. He’d rather adjust the nutes once he actually sees the first physical signs of flowering. Changing too soon could flood the roots in nutrients, preventing them from absorbing anything at all and ‘choking’ the plant at a crucial moment.

No matter how much of an expert you are, nature doesn’t like to be pushed around. That’s why patience is a virtue, especially for growers. And believe us when we say that our White Choco gals tried this grower’s patience… After the second week of watching for any hints of flowering, anxiety was about to turn into mild panic. Fifteen days, and still no sign. Sixteen, nope. What was wrong? Had he made a mistake? Surely these genetics wouldn’t fail Nibameca now? Luckily, on day 17, he finally saw what he’d been hoping to find!

Playing Hard To Get

On that glorious morning of the seventeenth day into the 12/12 regime, all ten White Choco plants showed the first signs of flowering. It was almost as if they’d simply been teasing their grower, holding back and then suddenly exploding into full bloom. That’s what you get when you flirt with the prettiest girls in class – they play hard to get… As anyone who ever grew a tomato plant will understand, this is always a special moment for growers. The first signs of your trichome-covered results finally appear, and for the first time, you can see the promise of that sweet reward for your hard work and patience.

Beaming with pride and full of fresh hope for a bountiful harvest, Nibameca got to work with renewed vigour. This was his cue to change the nutrient supply. As they start flowering, weed plants need a different mix of organic compounds to sustain the new way in which they develop. In the growth stage, all energy and nutrients are used to bulk out the plant’s structure. Plants develop extensive root systems for absorbing nutrients, big green healthy leaves for photosynthesis, and strong, flexible stems to support them. Developing buds requires different elements, most notably phosphorus (P) and potassium (K). Changing the nutrient mix from all-round to ‘P/K’ gives your girls the flower power they need to get some serious budding going on.

As hoped, the White Choco batch tore into flowering with the same passion they’d shown for growing big and strong. The first white pistils, as the female reproductive organs are known, started to appear. Soon, all the White Choco siblings showed off their emerging colas. Interestingly, there were divided into two different phenotypes, or ‘observable appearances’. A plant’s phenotype, known as ‘pheno’ by growers, is the biological term for its outward appearance. Phenotype covers any observable trait, including looks, scent, flavour, and so on. Phenotype stands for the way in which a plants genetic makeup, or genotype, manifests itself as the plant develops. Although these White Choco seeds are all sisters, they are not clones. Natural selection as explained by Darwin, works on random genetic variations called mutations. These mutations occur spontaneously in the genes of individuals. So theoretically, even if all seeds have exactly the same genes to begin with, that single genotype can spontaneously develop into several phenotypes.

The fabled White Choco strain was developed by Amsterdam Genetics by cross-breeding different strains. In this case, the parent plants used were White Russian and Chocolope strains. This parentage makes for a nice balanced mix of sativa and indica genes (50/50 sativa/indica hybrid genotype). As their White Choco daughters start to show their ‘true colours’, some may feature more indica traits (phenotype), while others look more like typical sativa plants. This is all natural, spontaneous plant power; as a cannabis lover, you should welcome this diversity. Just wait patiently until harvest time, when you get to taste exactly what’s hidden behind those different looks!

In Nibameca’s grow tent, the phenotypes played out as follows. Eight of the plants showed typical indica traits, with large, bulbous buds. As they grew in size, the indica phenotype buds featured typical ‘popcorn kernels’ as the basic structure of the flower’s physiology. The remaining two had more classical sativa characteristics to reveal. Their leaves were narrower compared to their indica-leaning sisters. Also, they showed more trichomes developing on the buds and the surrounding leaves. Taken as a whole, this batch of ten white widow plants showed all the hallmarks of a powerful sativa/indica hybrid. Whether they deliver on their claim to provide that uplifting creative bodybuzz, you wonder? No one can tell until the flowering stage is complete – that’s part of the thrill in growing your own weed…

So there we have it. Nibameca is definitely pleased with the results of his Amsterdam Genetics grow so far. After a bit of nail-biting waiting for the flowering phase, all plants were now fit and healthy as they worked on producing some nice fat flowers. Two weeks into that stage, they still have more than a month to go before harvest time arrives. That’s all fine with our grower, though. He knows perfectly well that at least half of a grower’s job consists of waiting patiently to get those sweet results. We’ll be back in a few weeks to check on this progress.

In the meantime, Nibameca is busy enjoying the White Choco flowering phase. Don’t worry, he’ll manage – this veteran grower has already mastered the Art of Watching The Grass Grow!