Wednesday December 2, 2020 was a historic day. After six long decades, the United Nations finally took the step of removing cannabis from their list of harmful and lethal substances. That’s good news for cannabis lovers all over the world. Of course, the question remains what the exact consequences of this UN cannabis advice will be. The UN can only advise governments; determining specific cannabis policy is still up to individual countries.

List IV of the 1961 Single Convention on Narcotic Drugs, drafted by the UN, includes dangerous drugs like heroin and other powerful opiates. Until now, cannabis was included on the same list. Sure enough, this plant produces psychoactive effects. Nonetheless it lacks the severe addiction and health risks that come with hard drugs like cocaine, or synthetic substances such as crystal meth. 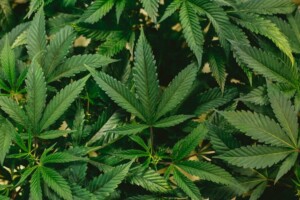 Cannabis originally made the list without any form of scientific evidence. Its medicinal potential was not considered. A big mistake, as many people have been saying for years.

Change In The Air

Change has been in the air for some time now, though. Interest groups, medical experts and cannabis organizations have been working on a new UN cannabis verdict for decades. As a result, the WHO (World Health Organization) summoned a panel of experts for a scientific review of weed’s listing on Schedule IV of the existing UN treaty.

Any substances included on this list are regarded as highly damaging and severely addictive. The WHO recommended that the UN change its position on cannabis. The UN Commission on Narcotic drugs voted on December 2. Sweeping victories were not on the cards, and the vote was tight. A small minority of 27 member states voted in favor of change; 25 others including China, Russia, Turkey and Brazil voted against. Only Ukraine abstained from voting.

Ultimately, though, the vote turned out in favor of reclassifying cannabis from a List IV to List I substance. So what are the consequences of this important decision?

What The UN Cannabis Vote Means

The UN’s advice is certainly a step in the right direction. It is part of an ongoing international tendency, in which opinions on cannabis gradually shift away from blind prohibition and hardliner regulations. This will make it easier for governments to `to admit that cannabis is not the harmful drug it was once considered to be – without any evidence to back the decision. It’s important to realize, though, that the recent changes are just advisory in nature. The UN has no legislative power on the matter, leaving countries free to do with the advice as they wish. At any rate, the UN cannabis vote will not make weed legal overnight anywhere in the world.

Cannabis moving to Category 1 is partly due to the US vote. The United States government recognizes the positive value of cannabis as an effective and safe treatment. Still, it is a treatment that comes with certain public health risks. That explains why they feel legal oversight on cannabis use is still required. Countries voting against, including regimes like Russia and China, will simply put aside the advice, however. They will maintain their current drugs policies, prohibiting and clamping down on use of cannabis just like they do far more hazardous substances.

Good News For Supporters And Patients

In spite of all the opposition, this UN recommendation is still very good news for all supporters of medical and recreational cannabis. It underscores the untapped potential of cannabis beyond mere recreational use. The ruling opens up space for new scientific investigations exploring the medical potential of cannabis. Many investors and researchers hesitant about weed’s Schedule IV status may now consider getting involved in the cannabis boom after all.

It could also be a trigger for other countries on the verge of legalizing the plant and its flowers to start changing their laws. The mere fact of the UN issuing his cannabis advice can be regarded as a historic step forward. For once, science triumphs over political correctness.

Developments In The US

Change is afoot in America, too. The House of Representatives recently voted on the first federal proposal for cannabis legalization. The majority voted in favor of removing cannabis from criminal law on a national level.

This MORE Act (Marijuana Opportunity and Expungement Act) would stop federal justice services tracking and punishing cannabis use. In addition, anyone convicted for sale or possession of weed could have their criminal record entries erased. In the US, that would concern a huge group of people, so the implications could be enormous. It’s still uncertain whether the Senate will approve of the MORE Act, however. As you can see, the long march toward international legalization is still very much a matter of ‘work in progress’.

The UN And The Future Of Cannabis

Even though the race is far from over, then, we can still call the UN’s change of direction a major boost for medical and recreational cannabis lovers worldwide. It’s not so much the ruling’s legal impact that counts. The fact that such a renowned and prominent international organization creates space for more research and new insights into the possibilities of weed is significant in itself. In doing so the UN has given cannabis advocates a new future perspective. That one fact could make the 21st century greener than many of us expected.