Does life between the sheets get better with weed? A study from a somewhat unexpected angle shows that women who use cannabis have more and better sex. A research team at Stanford University in California recently revealed some tantalizing results. Good news for Amsterdam Genetics fangirls, then – after all, the best cannabis gets you the best sex, don’t you agree?

Cannabis and sex – a smokin’ hot combination? A new study seems to prove just that. According to the results, an increasing frequency of cannabis use is linked to improved sexual function, more and better orgasms, higher sexual desire and increased satisfaction after having sex. The researchers revealed their findings based on the latest US study results.

The research team, affiliated with the local university hospital, worked with a chain of legal cannabis shops. Female customers of these companies were asked to participate in the study via an anonymous survey. In this way they were able to collect data from 452 women. The results were published in 2020 in the academic journal Sexual Medicine.

So how do you prove whether cannabis is an actual aphrodisiac? A well-known way of mapping female sexuality is the Female Sexual Function Index, also called the FSFI survey. On the basis of this questionnaire, women can indicate how they experience their sex life. The higher this score turns out, the better a person functions sexually.

Of the 452 women enrolled in the study, 72.8% used cannabis on a daily basis. In three quarters of these cases, they smoked dried cannabis. This group of women reported higher FSFI scores than female participants who used less or no cannabis. According to researchers, this is particularly visible in the field of sexual desire.

Don’t Cannabis Types And Intake Methods Have An Effect On Sex?

The researchers also concluded that the effect works both ways. The less intensive the use of cannabis, the higher the risk of sexual dysfunction in women. In other words, cannabis makes women more willing to engage in sexual activity, and moreover, they are more satisfied with the sex they have.

It is also noteworthy that the method of cannabis consumption and chemovar types do not consistently influence FSFI scores or the likelihood of sexual dysfunction. In other words, the type of weed and the way it is used make little difference. The results show that edibles are every bit as effective as joints or bongs. So much for the notion that the way to the heart is through the stomach… 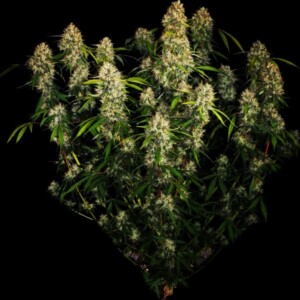 In spite of these results, connoisseurs often claim that strains and weed variants have a definite impact on how often and how well they get laid. That may well be due to the various cannabinoid and terpene profiles out there today.

A Nose For Good Sex

Emotions, feelings, and scents are interconnected at a deep physiological level. We’ve all been there: you notice a specific smell and it instantly triggers a strong emotional response. The scent of weed can spark recollections of earlier experiences; especially if the smell is associated with good memories. However, such associations could also be triggered by terpenes in certain strains, which are responsible for the scent and flavour of weed. Over 100 cannabis terpenes have been discovered so far; each with their own subtle effects on your high. 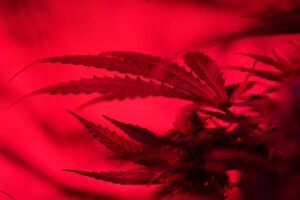 Some terpenes, such as limonene, cause uplifting and vitalizing effects. Other terpenes like myrcene have a calming influence instead. All of these effects can play a part in the experience of sex; so by this line of reasoning, weed types and strains can make a big difference, no matter how personal these differences may be.

On top of the above, the different effects of indica and sativa strains may also have an impact on the link between sex and cannabis. Put very crudely, sativa strains tend to cause uplifting effects that focus on the mind. Indica strains, by contrast, usually cause more physically oriented effects and focus on relaxation. Logically, we might expect these different effects to influence sexual experiences in different ways. For some, sex may be more of a mental experience, whereas for others, the focus is more on the bodily aspects. Incidentally, these experiences tend to differ between men and women, too.

It seems as if we are a long way off from a final verdict on cannabis and sex, then. Let’s see what science can tell us about the ‘why’ behind weed and better sex.

Why Does Cannabis Improve Your Sex Life?

So far, researchers have failed to pinpoint exactly why cannabis can improve the sex lives of women. However, other studies have explored how the use of phytocannabinoids present in weed can have positive sexual effects. However, such effects have not been proven conclusively, and they are far from uncontroversial. 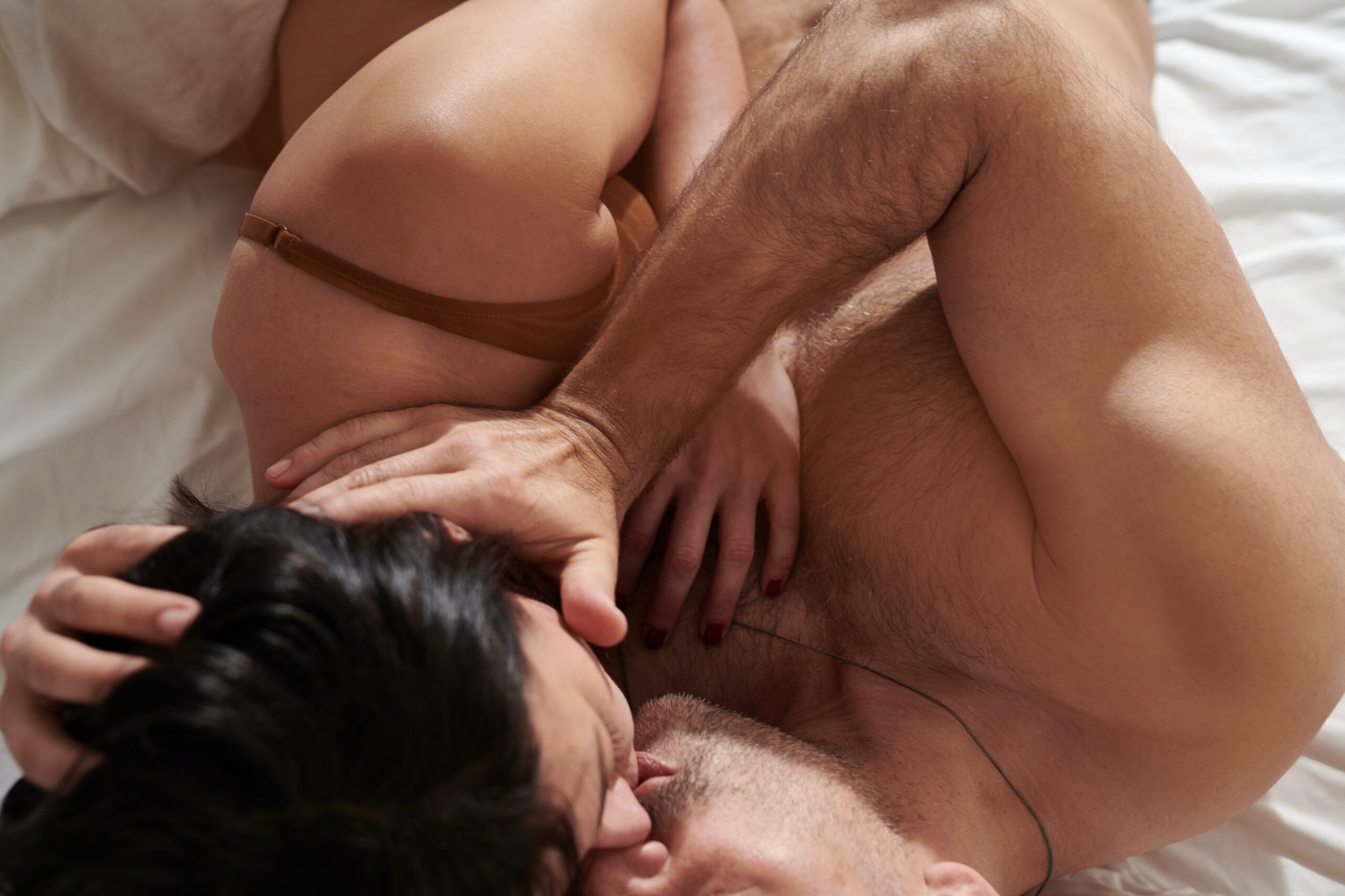 One of the basic assumptions of the research team is that cannabis has a positive effect on the CB1 receptors of the human endocannabinoid system (ECS). CB1 receptors in this important system are partly responsible for the serotonergic neurons that secrete serotonin. Serotonin in turn plays an important role in female sexuality.

The team also states that many cannabis consumers use weed to feel less anxious, tense, and restrained. Reduced anxiety and inhibitions could have positive effects on sex drive, sexual experience, and feeling of sexual empowerment. This in turn would have the effect of increasing levels of satisfaction, orgasms and sexual arousal. In addition, THC can change the perception of time. This mean it can prolong the feeling of sexual pleasure, according to the research team.

More Research On The Link Between Cannabis And Sex

While the latest research into the effect of cannabis on female perception of sexuality is interesting, it is by no means the first research exploring the relationship between cannabis and (better) sex. It certainly won’t be the last, either, because there are many more questions left unanswered.

Differences In Weed Consumption Between Men And Women Are Decreasing

An earlier study investigated the differences in effects of cannabis use between men and women. In recent years, sex difference in cannabis use and its frequency have started to decrease. Yet even though women are closing the gap, they don’t necessarily enjoy weed for the same reasons men do. This is a fascinating find, and it just begs for further research. One 2017 study, for instance, demonstrated that men and women experience the effects of cannabis differently. That could go a long way towards explaining why women who use cannabis report having more and better sex, while men do not necessarily report the same. Still, there are plenty of other explanations left to explore.

Sexual experience is very much a subjective matter, and so everyone will have their personal preferences when it comes to the perfect cannabis strains for romance and sex. Nonetheless, we have picked two of our hottest strains to help you decide which ones to try. We selected one sativa-dominant strain for extra emphasis on the mental aspects of sex, and an indica-dominant hottie for a focus on bodily pleasures. Time to judge for yourself, so without further ado…

With her easy-going sativa brain buzz, Lemon Haze works like a two-stage rocket: the pleasant onset of subtle mental euphoria is followed by a tingling, all-body indica effect that washes away tension as the senses open up to new experiences. This is a sexy strain par excellence for anyone who accepts both brain and body as erogenous zones for an all-encompassing experience between the sheets… 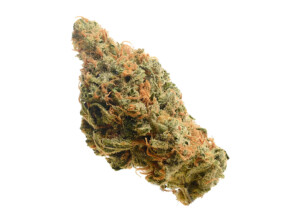 In terms of taste and scent, a rich load of limonene and myrcene terpenes keens sensory experience, while subduing any potential aches or discomforts as waves of pleasure make their way downwards from the nape of the neck down to the tips of your toes. A modest 19% THC content ensures full focus and attention to yourself and your partner to last you well into the night! 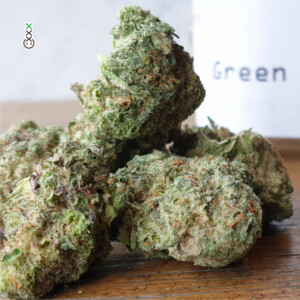 The sensual high of Green Magic quickly encompasses every inch of the body as the exciting mint and chocolate aroma spurs the passions on. Here, myrcene and caryophyllene add some depth and fire to this already passion-inciting strain. The effect of her partial sativa heritage is narcotic yet profoundly relaxing, making it easy to focus all of your attention on the steamy romance unfolding in front of you. As an added bonus, the body-enveloping, soothing caress of this indica-dominant strain revitalizes the nerves and muscles, setting the scene for smoking hot encounters that just last and last and last…

Growing Your Own Cannabis; Does It Get You Better Sex?

So here’s the million dollar question then, dear weed growing ladies and gentlemen: does growing your own marijuana improve your sex life? We will be perfectly honest and admit that we cannot provide hard scientific guarantees when it comes to that. Still, the results from the studies mentioned above are promising at the very least… What we do know, though, is that more and more women start to grow their own cannabis seeds, so ladies: what are we waiting for? 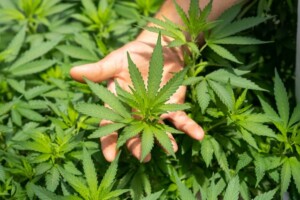 Surely, there can be no harm in giving your sex life a natural boost, now can there? And even if we are still waiting for conclusive proof , perhaps the rising number of female growers out there is enough evidence by itself…

If you are interested in growing your own cannabis, visit the Amsterdam Genetics webshop and follow our grow blogs for tips and techniques. And remember: you’ll always find the sexiest strains right here with us!