Home > CBG Oil And The Possibilities of Cannabigerol

Recent years have seen a frenzy of research directed at cannabinoids, the active compounds in hemp and cannabis plants. Of course, scientists have been focussing most of their attention on the famous cannabinoids THC and CBD. Lately, however, the focus has shifted to a fascinating cannabinoid known as CBG, of cannabigerol. Results are promising; so much so, in fact, that we have launched our very own high-quality Full Spectrum CBG Oil, allowing you to benefit from all the health and well-being potential that CBG Oil can offer.

Cannabigerol, abbreviated CBG, is known as the ‘mother cannabinoid molecule’. Cannabis plants produce dozens of different cannabinoids while they mature. It all starts with CBG, however. CBG is the biochemical precursor to all other cannabinoids including CBD, CBC, THC and many more.

That made researchers wonder: if cannabigerol is the ‘original cannabinoid’ that lies at the basis of all others, could it offer even more medicinal and other benefits for us than CBD does? The initial results are intriguing to say the least. More so than with CBD, which has been studied for years by now, CBG science is still in its early stages. Still, research teams all over the world are mapping the potential applications of CBG supplements at an increasing pace. A quick glance at these first discoveries is enough to trigger anyone interested in natural ways to maintain a balanced, healthy lifestyle.

CBG has been associated with an expanding list of medical possibilities. That is due to CBG’s ability to interact with the human endocannabinoid system, similarly to what we see in CBD. The main reason why so few people know about cannabigerol is its limited availability. In regular harvestable hemp and cannabis plants, CBG content usually ranges below 1%. That makes CBG difficult and expensive to extract for mass production.

Fortunately, we have cultivated a special strain of high-CBG cannabis that allows for full-scale production of premium quality Full Spectrum CBG Oil. That means you can now profit from the full power of CBG at very affordable prices. Now then, without further ado, let’s explore the potential benefits of CBG.

Results of a study published in Neurotherapeutics magazine stress the potential of CBG to protect nerve cells and brain tissue. This has important implications for future research, because natural neuroprotective cannabinoids could become a key ally in the ongoing battle against neurodegenerative disease, including Huntington’s, Alzheimer’s, and Parkinson’s disease. Theoretically, the same could be said about nerve damage resulting from COVID-19, but that remains a matter of speculation for now.

CBG’s potential to help increase appetite is another property with many practical implications. For many people, making sure they take in enough calories and nutrients is a daily struggle. People undergoing chemotherapy are a prime example. CBG could help keep appetite strong enough to support a comprehensive diet needed for a healthy lifestyle and rapid recovery.

CBG Oil also seems very likely to be a new ally in attempts to counter bacterial infections. Interestingly, these antibacterial qualities could prove instrumental in the race to stop superbugs, which are resistant to most or all current antibiotics. For now, though, taking CBG Oil as a supplement could potentially prevent or stop infections before they become bothersome or dangerous. 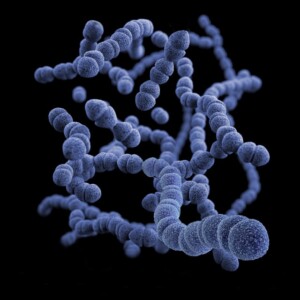 CBG seems able to counter inflammatory responses throughout the body, with a particular focus on bowel inflammation. More research may soon demonstrate its general usefulness as a new anti-inflammatory agent, however.

CBG Oil Can Help Relax And Counter Stress And Anxiety

Although this is an area of research that remains largely to be explored, many people who use CBG Oil notice a reduction of experienced stress and anxiety in their daily lives. These supposed anxiolytic capacities can also help improve sleep and improve overall mood. As holds true for CBD, consumer experience outweighs research results, but in light of the recent surge in CBG studies, this is bound to change before long.

Another interesting finding is CBG Oil’s potential effectiveness against glaucoma by reducing intraocular tension. Other cannabinoids, most notably THC, have been used to keep glaucoma symptoms under control, but using non-psychoactive CBG instead offers serious benefits for patients.

Supplements like our new Full Spectrum CBG Oil offer the entire spectrum of cannabinoids produced by cannabis plants. That means you’ll still enjoy the advantages offered by all cannabinoids including CBD. That leaves plenty of room for the entourage effect to make itself felt: this is the mechanism by which different cannabinoids and other cannabis compounds such as terpenes interact, altering or enhancing each other’s effects. The one exception is THC: there is no effective THC concentration in our CBG Oil; nor in our CBD Oil, for that matter. That means you cannot get high from Full Spectrum CBG Oil, since it has no psychoactive compounds. Moreover, CBG Oil is fully compliant with Dutch and international regulations, making CBG supplements legal in most countries without need for prescriptions. 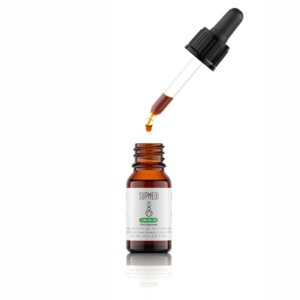 Try Our Full Spectrum CBG Oil 5% And Judge For Yourself

Once we added up all of the findings published so far, we thought it was high time we made a high-quality Full Spectrum CBG Oil available for anyone interested in giving this ‘mother cannabinoid’ a try. After all, personal experience is worth more than a dozen research reports.

If you haven’t checked out our range of CBD supplements, including CBD Oil, CBD Gummies, or CBD Tablets, now is the time. If you have, then you are in the perfect position to compare CBG and CBD by ordering our Full Spectrum CBG Oil for even more cannabinoid goodness!