The terpene pinene is just one of many active compounds found in cannabis. As public interest for terpenes increases, though, the focus of cannabis research has shifted towards pinene, too. It is the most common terpene on earth, and it is responsible for the familiar scent of pine trees. Pinene may well hold substantial heal;th benefits, as studies have shown. It may have antibacterial effects, anti-inflammatory properties, and the capacity to improve memory function. For growers of taste out to order weed seeds with alittle extra inside, a high-pinene strain can be an excellent choice. Let’s find out how pinene works, and check our strongest pinene cannabis strains.

The Advantages Of Terpenes

Plants produce terpenes because they improve their survival rates. Terpenes provide a plant with its scent, and in the case of pinene, as the name suggests, that is the smell of pine trees. In addition to being a highly agreeable aroma, pinene scent also serves to attract or repel specific insects. That helps plants prevent being eaten, or it can lure the right insects for pollination. 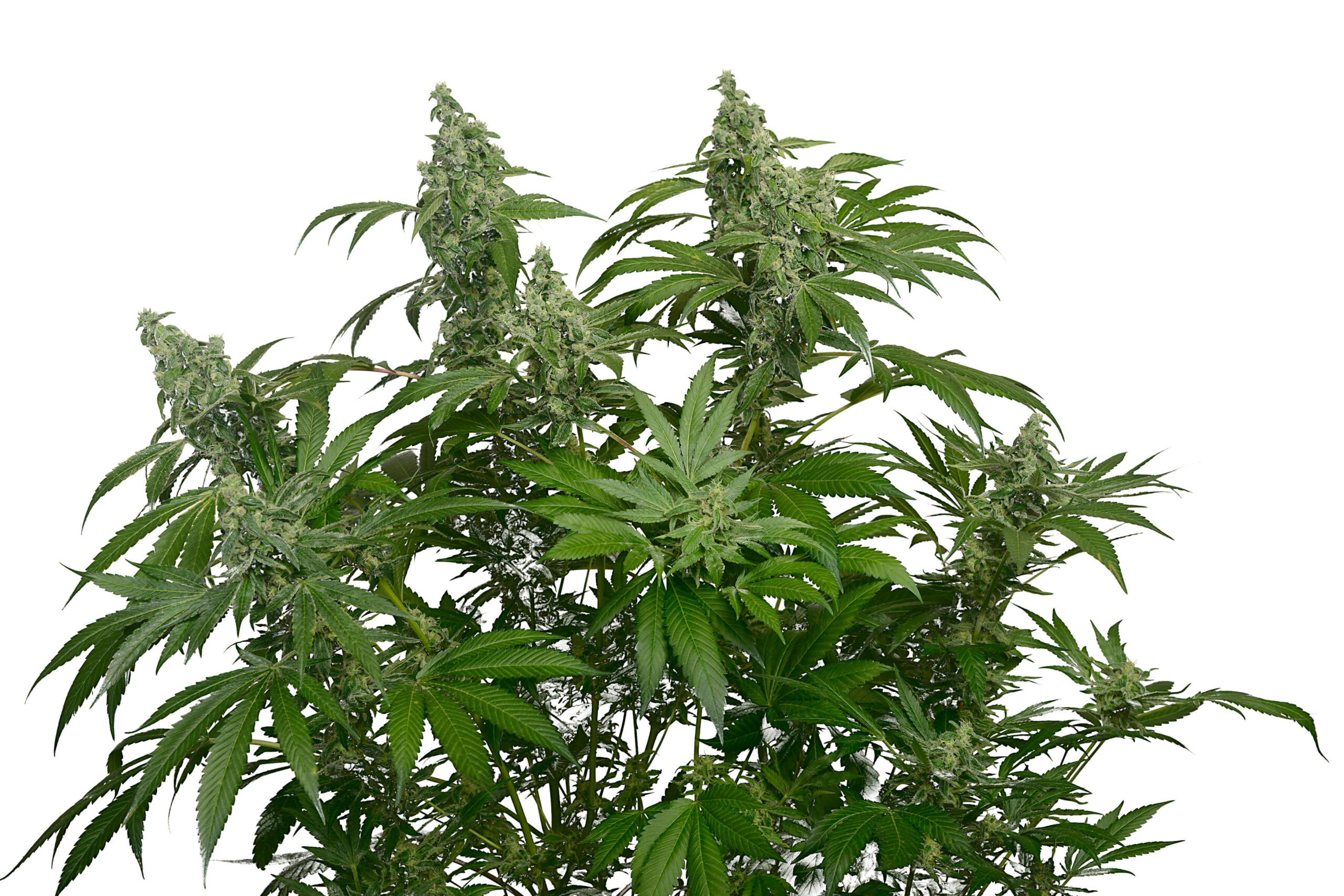 Pinene is a monoterpene that reacts with other plant compounds. This can convert pinene into other terpenes such as limonene, or into different substances altogether. Two isomer variants exist; α-pinene and β-pinene. They have similar molecules with slightly different structures. In natural environments, α-pinene is the most commonly found variant.

Cannabis contains pinene, too. It is produced in the trichomes, which are the resin glands that also contain most of the plant’s cannabinoids. Species of pine, fir, and conifer are examples of plants containing lots of pinene, but it is also found in oranges, dill, rosemary, and parsley.

On a stroll in a pine tree forest, you’ll smell the aroma of alpha pinene. It is also the compound that gives rosemary its spicy smell. Beta pinene is responsible for the aroma of plants such as hops, dill, mint, and basil. These herbs have strong flavour, too; perhaps that explains why pinene can extend such an attractive scent and taste to cannabis as well. 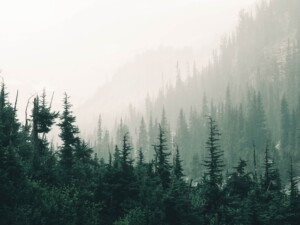 How Pinene Affects The Cannabis High

Pinene is known for its uplifting, vitalizing power we associate with a refreshing stroll in a stretch of pine forest. You’ll find it in many fresh-scented detergents and car air fresheners, for instance. Apart from this associative power, however, pinene is associated with some interesting mental effects.

Pinene is reported to reduce ‘memory fog’: the fuzzy sensation of not quite remembering all the details that many people experience the day after marijuana consumption. Connoisseurs claim pinene-rich strains can improve concentration and mental focus. For sativa-leaning strains, that could mean pinene enhances the activating brain buzz of typical sativa genetics. This terpene can help boost mental energy and spark the mind into an active, creative mode. Perhaps even more intriguingly, pinene is also claimed to counter the onset of paranoia. If you happen to be prone to a sense of anxiety after cannabis use, finding a high pinene strain may be your hot ticket to escaping the Fear!

A 2006 study investigated the effect of pinene on memory. Scientists extracted pinene from Korean fir trees. They tested it on mice suffering from memory problems. One group received pinene as an essential oil, after which the effects on cognitive performance were measured. It turned out that the mice receiving pinene had 72% better memory function than the control group. 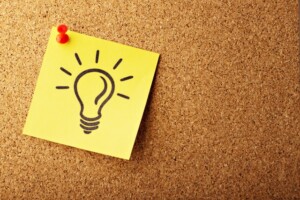 Regulates The Effect Of THC

By means of the entourage effect, pinene is capable of regulating the effects of THC. Strain with high pinene content could boost your sense of alertness, whereas another common cannabis terpene called myrcene produces an opposite sedative effect instead. This goes to show how terpenes can codetermine both the potency and the specific effects of a cannabis high.

There is another way in which pinene is instrumental to cannabis consumption, however. Overconsumption of THC can sometimes lead to impaired memory function. It seems as if this terpene is able to curb such memory loss. It ca also help reduce negative emotions experienced during highs, such as paranoia for instance. 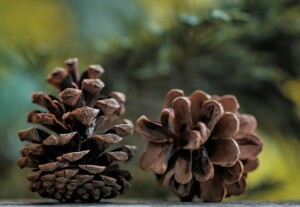 Pinene appears to have strong antibacterial capacities. Results of a study conducted in 2007 were published in the Brazilian Journal of Pharmaceutical Sciences. The research team investigated the effects of both isomers α-pinene and β-pinene on bacteria that cause endocarditis. After maximum exposure of 24 hours, the bacteria were completely annihilated. That caused the researchers to attribute serious antibacterial potential to pinene, with potential for future applications in antimicrobial therapies.

Both in vivo and in vitro testing has revealed that α-pinene may be used to combat cancer. The Journal of Pharmacological Sciences published the results of a 2015 study that showed how pinene can decrease liver cancer cell growth by up to 79%.

In addition, Biologica magazine published an article on the effectiveness of alpha pinene against cancer, with a particular emphasis on neuroblastoma cells. The results were interesting enough to suggest further research into this terpene. The scientists concluded that the substance has limited therapeutic potential in cancer treatment at the very least.

Pinene has a positive effect on the respiratory tract, as it can help keep the airways open. That makes it an interesting candidate for treatment of respiratory issues such as asthma. It could also offer protection against certain pulmonary viral infections. Molecules magazine published a study exploring this potential in 2011. Both beta and alpha pinene have properties that may impair highly contagious bronchitis viruses. 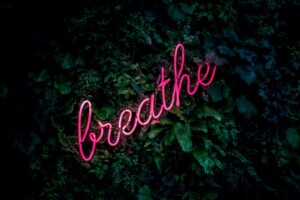 The heritage of Double Blue, an exceptional weed strain with a strong 70% indica background, is determined to significant extent by Blue Dream. This potent parent strain passes its high alpha and beta pinene content on to Double Blue. Its other ancestor, Double Gum, loads a big heap of overwhelming sweetness on top. The result is a wonderful berry aroma marked by distinct touches of pinene in the final bouquet. 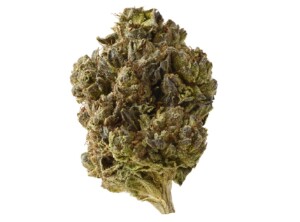 Double Blue is held in high regard as a weed strain to combat stress, pain, and bleak moods. Its cheerful, uplifting effects go hand in hand with a long-lasting body buzz and all the medicinal options listed above. Add an especially pleasing yield capacity to the equation and an average THC level of 20%, and you have your AG pinene strain cut out for you!

The odour spread by Magic OG Kush instantly betrays its high pinene contents. After all, with relatives like OG Kush and Hindu Kush, a whiff of pine tree scent between those earthy and musky tones is not that much of a surprise. That makes for a complex and fascinating Magic OG Kush aroma. A heavy, clogging smell receives a welcome twist of freshness from the pinene terpenes in the mix. This one is definitely worth a taste; even if you’re not after the medical opportunities that high pinene weed strains provide.

The effect of Magic OG Kush gravitates towards the body and limbs, which is as it should be for an indica-dominated hybrid such as this. A gradually spreading sense of relaxed euphoria swells until it plunges into couchlock at higher doses. This very same physical orientation explains why Magic OG Kush has such potential for pain relief, even if that is substantiated by a complex interplay of seceral terpenes and cannabinoids working in concert.

Looking To Order Cannabis Seeds With Loads Of Pinene?

In the Amsterdam Genetics seeds range, any grower from rookie to expert will find the perfect strain to match their personal taste and grow goals. Whether you’re looking to buy marijuana seeds to tackle chronic pain, to experience a deep physical buzz, or to enjoy wonderfully refreshing pine scent, our high pinene strains are worth a try for anyone. What’s more, both our Double Blue and Magic OG Kush weed seeds are easy to grow at home. Just take a quick peek at our extensive and informative Grow Blogs and before you know it, you’ll know just what we mean when we talk about the taste of pinene!