Cannabis contains a wealth of different compounds, including terpenes such as caryophyllene. Although the plant itself produces these compounds for self-defence, we usually notice their presence by the remarkable scents terpenes spread. Terpenes are getting a lot of attention lately; not in the least because they can have medicinal applications. This blog takes an in-depth look at caryophyllene, a cannabinoid often found in cannabis. Research shows that caryophyllene can affect moods, has antimicrobial properties, and can also be used for pain relief. Caryophyllene can also provide an interesting spin on the high you experience from any cannabis strain. Whereas we tend to sing the praises of cannabinoids like THC and CBD, it is past time we gave terpenes their rightful spot in the limelight.

What Are Terpenes For?

Terpenes are organic compounds produced by flowers, vegetables, shrubs, trees, and even animals. Their purpose is to protect an organism from harm, but at the same time, terpenes also attract useful insects or bacteria. Concentrated in a weed plant’s trichomes, or resin glands, terpenes are important to a species’ biology. hey are what causes the scent and flavour of the plant. Specific terpene profiles, or compositions of various terpenes, determine the unique smell and taste of every single cannabis strain, and even of individual plants. After all, a natural product like cannabis is always a one-off.

By now, some 140 cannabis terpenes have been identified in weed plants, but every cannabis type has its own individual profile. Terpenes are know to work in synergy with cannabinoids, allowing them to subtly influence their effects. This phenomenon is known as the entourage effect. That means even when you don’t consider medical purposes, terpenes have a major impact on your sensory experience of any kind of weed (taste and scent) as well as on your experience of its effects.

There is much more to discover about terpenes, however. Below you will find out all bout caryophyllene (also called beta-caryophyllene), including its potential health benefits. To make things easy for you, we’ve even selected a few Amsterdam Genetics strains containing high levels of caryophyllene.

When a plant contains high levels of caryophyllene, you will notice its distinctly herbal, peppery, refreshing scent. People often associate it with wood and cloves. As many cannabisstrains tend to contain lots of caryophyllene, the scent is a familiar presence to connoisseurs. Other high-caryophyllene plants or plant parts include oregano, rosemary, black pepper, and cinnamon.

The Effect Of Caryophyllene On Your Cannabis High

Caryophyllene can counter the sense of paranoia that some people experience after (over)consumption of weed. That makes quite a lot of sense, actually, since you’ll also find caryophyllene in black pepper, which has been a household cure for too much cannabis for years. This property can be highly useful for infrequent cannabis users. Another option is to keep a high-caryophyllene strain handy just in case you take a bit too much of some other type of weed.

Caryophyllene is currently being studied for the medical properties listed below. Do bear in mind, however, that this terpene is hardly suited for use as a miracle cure: these are exploratory studies. It will probably be some time before concrete clinical evidence is widely available. Still, this is an indication of what you might expect when it comes to the medicinal potential of caryophyllene. 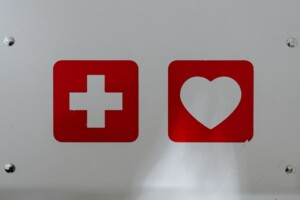 Research conducted on mice seems to indicate that caryophyllene could be used in treatment of anxiety and mood disorders. The results were published in Psychology and Behavior. The study involved artificial stimulation of discomfort and anxiety in mice.

After administering caryophyllene, researchers noticed a decrease in anxious and compulsive behaviour. This effect seems to depend on caryophyllene’s ability to attach to the CB2 receptors of the endocannabinoid system we humans share with mice. These receptors are associated with feelings of fear and sadness. That is why caryophyllene is being mentioned as a novel treatment for fear and anxiety disorders. Its effects are very favourable compared to those of benzodiazepines and SSRIs, which can cause serious side effects. 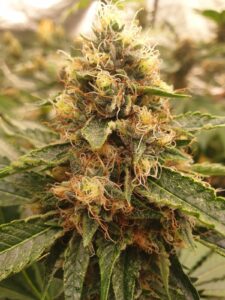 CB2 receptors are also involved in the regulation of pain. This has led scientists to investigate caryophyllene’s analgesic potential. This pain reducing capacity was studied in mice back in 2014. It appears that CB2 receptors are involved in modulating neuropathic pain, or nerve pain. The study demonstrated that caryophyllene can reduce advanced inflammations, although it showed no effect on early-stage inflammation.

In the case of nerve pain, the terpene’s effect was to reduce pain as well as to counter inflammation. The researchers concluded that beta-caryophyllene could be a useful natural compound for people suffering from chronic pain.

It appears that caryophyllene can also be used to treat epilepsy. The results of a study conducted into its effectiveness for this condition was published in Epilepsy & Behavior. A dose of caryophyllene proved sufficient to reduce the severity of seizures in mice. That opens up an interesting perspective for using this substance as an anticonvulsant.

These studies do more than just raise patients’ hopes; they also demonstrate the level of interest in treating various conditions using natural compounds. So far, most studies involved mice. Although this has given us some insight into the potential positive effects of caryophyllene, we need more research, especially on human subjects.

Caryophyllene is a quite common terpene in many cannabis strains. Its spicy herbal scent typifies one of the classic elements in the common perception of how weed is supposed to smell and taste. Nonetheless, if you are looking for quality strains containing above-average amounts of caryophyllene, we suggest you try the following Amsterdam Genetics cannabis seeds:

Super Silver Haze is more than just one of our best-selling cannabis strains ever; it is also very high in caryophyllene content. This is obvious from the spicy kick in its flavour boquet from the very first taste. Offset by sweet, dank undertones, this skunky smash hit is sure to remain one of our most beloved high caryophyllene strains for years and tears to come.

In terms of effects, caryophyllene makes itself felt in the upbeat, spicy zing its headbuzz brings. Medically speaking, Super Silver Haze is widely appreciated as a stress-busting strain that lifts the mood as relaxation sets in. All things considered, this is one of the most potent strains we can recommend for growers looking to raise their own high caryophyllene stress-killer cannabis from seeds. 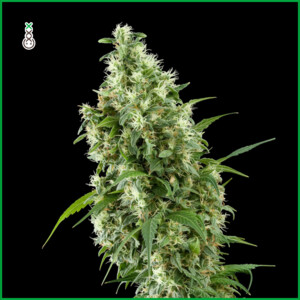 AK-OG Kush seeds are the result of a crossbreed between two grand dames of the cannabis scene, AK-47 and OG Kush. These world-renowned strains each contribute to the fiery bouquet of AK-OG Kush in their own right, culminating in a spicy taste beautifully matched by earthy tones that justify the Kush aspect of the strain.

Here too, the main effect of high caryophyllene levels is a thoroughly relaxing experience. The added power of terpenes really comes into play when this strain is used to counter (chronic) pain issues. Consumers have known for years that adding calming effects to analgesic qualities is a great reason to grow their own supply of AK-OG Kush for medicinal and recreational purposes, topped off by substantial harvests in a broad range of grow environments. 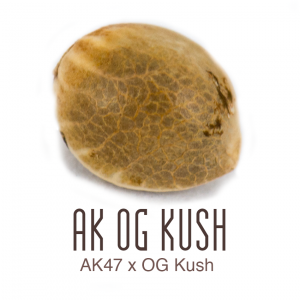 Growing Your Own Caryophyllene Cannabis Seeds

These are just two examples of caryophyllene cannabis seeds in our range. Rest assured that this spicy terpene is bound to be present in any strains that carry the pepper symbol in their description, though. Make sure to read up on the other important cannabis terpenes in our grow blogs and strain descriptions. You’ll see that there is a perfect type of weed to grow for anyone, no matter what your personal taste is!