It’s illegal in Morocco to produce cannabis for recreational use. Just recently, politicians have started the conversation about the legality for medicinal cannabis use. Despite all this, Morocco is and has been the number one cannabis exporter for quite a while. Cannabis has been a part of the culture and traditions for ages, and today we’ll find out everything about the world of Moroccan weed traditions!

Legality Of Cannabis In Morocco

Currently, it’s illegal in Morocco to produce, sell, or own cannabis. Prison sentences for drug related crimes go up to 30 years, and fines could become as high as 60,000 euro. If you’re caught consuming cannabis, the maximum prison sentence is 10 years. This rarely happens though. Surprisingly, cannabis related crimes are usually tolerated by local law enforcement. All this, together with the inherent cannabis culture, explains why there is such a big support base for legalization.

In 2011 and 2014, attempts were made to chance the laws, without success. On May the 31st in 2021, a new law was accepted by the Moroccan parliament. This law would legalize the production, selling, and use of medicinal cannabis. If the King or Morocco signs this law, it would mean the law has officially passed. No one’s certain about when cannabis came to Morocco, indications vary between the seventh and fifteenth century. We do know that cannabis has spread through the rif mountains and the rest of the country during the eighteenth century. The green gold was traditionally smoked with tobacco, in a regular pipe or a ‘sebsi’, a traditional Moroccan pipe. Cannabis was also consumed in edibles, sweet snacks, and tea.

Near the end of the nineteenth century, Moroccan cannabis was spread through other countries. Surprisingly, 90% off the medicinal cannabis in France originated from Morocco. This changed in 1912, when Morocco was divided under French and Spanish colonies. Whereas Spanish authorities turned a blind eye towards the canna culture, the French didn’t. A French government institute, the ‘Régie Marocaine des Kifs et Tabacs’, decided that the cultivation of cannabis on French territories would become illegal. The only exception was de French headquarters in Tanger. Fortunately, the Rif Mountains were located within the Spanish territories.

When Morocco could finally say goodbye to its colonial occupiers in 1956, the ban on cannabis was still present, now covering the entire country. Morocco has been battling with legalization ever since. Although authorities are relatively tolerant towards cannabis, connoisseurs and cannabis farmers are still risking life long prison sentences. 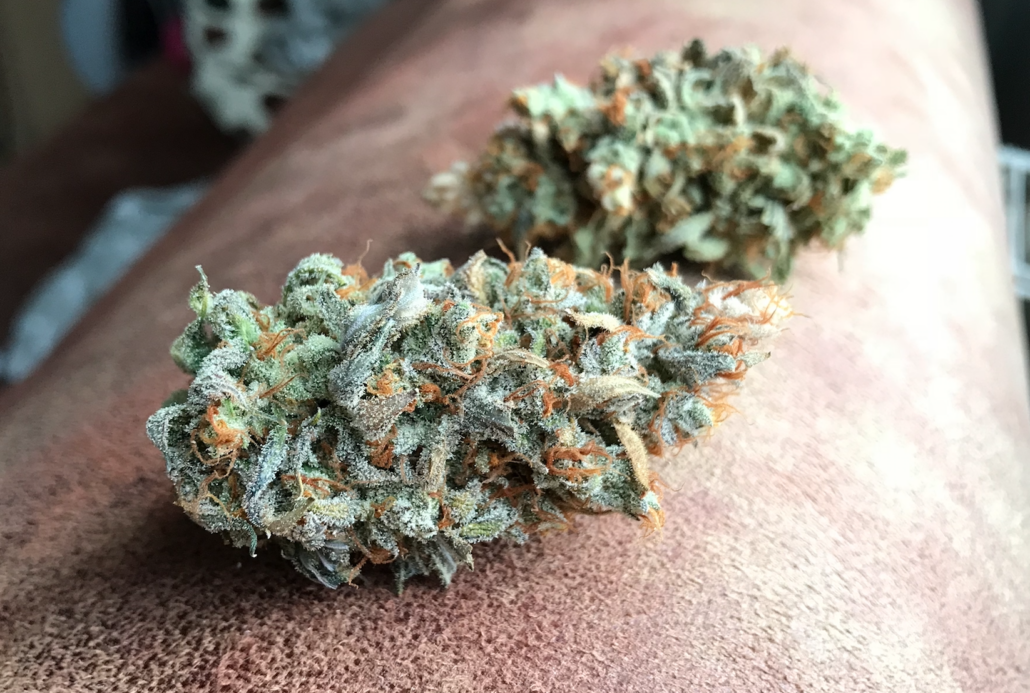 We mentioned the Rif Mountains a few times now, but wat exactly is so special about these vastly spread valleys and peaks? This area, covering almost 35.000 km² in Morocco and Spain, is the home for big plains that are perfectly suited for growing cannabis and agriculture in general. Apart from the immense natural diversity, there’s plenty of cultural diversity in the Rif Mountains too. These widespread mountains are the home of three main population groups: Riffians, Ghomara and Jebela. When sourcing through the diverse nature, one main sight remains: huge cannabis fields. On the sides of the roads, cannabis dealers regularly chit chat and offer their self made hash to visitors and tourists.

This might sound as a strange run of affairs, but it really isn’t. In Morocco, it’s estimated that around one million people are financially dependent on the cannabis industry, most of which are located in the Rif Mountains. The police is aware of this, and fortunately still tolerate it. If you happen to visit Morocco someday, you may witness police officers doing speed checks surrounded by big fields of flowering cannabis plants. Harvesting cannabis is only punished after the Spanish border is crossed, when smugglers try to bring the good stuff to the rest of Europe. Morocco is responsible for about 40% of the global cannabis production, and it’s estimated that around 16% of all Dutch hash comes from Morocco.

Hash in Morocco is made using traditional methods. The cannabis plants are harvested in autumn, and dried for about a month during this colder period. After the cannabis is dried, the traditional dry sifting technique is used. With this technique, a fine mesh fabric (usually made from cotton) is tightly wrapped around a container, the dried flowers are placed on top, covered, and finally beaten to separate the trichomes. This process is repeated multiple times, which determines the purity of the resulting kief powder. When the beating process is repeated many times, the kief will become less and less pure, as more plant material will pass through. The golden yellow kief that is left, is the precursor of the hash. This kief can be smoked directly, but is usually pressed together to make hash. The pressure that’s used determines the oiliness of the hash. When pressing the kief harder, trichomes bind together, releasing more oils and creating a more sticky and oily final product. After the hash is pressed, it is ready for export, or for the tourists who visit Morocco to get a taste of the prime Moroccan hashish. Luckily, you won’t have to jump on a plane from Amsterdam to get a taste of these Moroccan specialties. Thanks to the heartfelt connections that have developed between the Netherlands and Morocco, our countries are intertwined when it comes to cannabis. Thanks to the itinerant hippies, who did their duty in the 50’s and brought some of the best genetics back to Europe, we can still enjoy the taste of these inherent Moroccan genetics present in the most modern Dutch cannabis strains – including those of Amsterdam Genetics!