When asked where they’re from, Dutch people abroad are often met with a knowing smile. “Ah, Holland! Amsterdam, yes, with the – you know… Smoke much?” Considered an annoying bias by some and a liberal badge of honour by others, Dutch weed culture has made a lasting impression on the wider world. But what exactly sets Dutch cannabis, locally known as ‘Nederwiet’ or ‘Netherweed’, apart from other countries’ crops? This blog explains by means of some Dutch weed history.

How Cannabis Landed On Dutch Soil

Nobody knows exactly how long cannabis has been in the Netherlands. We do know, however, that up until 1953, cannabis was absent from the Dutch opium act dating from 1919. Why, you wonder? A lack of demand is the simple answer. Some police reports dating back to before the Second World War describe how a few Arabic and Northern African sailors occasionally enjoyed their hash in the port of Rotterdam. Add a few rumours about artists and writers smoking cannabis in closed circles, but that’s about it.

The situation changed after the war. In 1949, the Dutch Journal of Criminal Law reported on American soldiers and jazz musicians introducing cannabis for personal use and small-scale sale. Back then, pre-rolled US reefers were available for one Dutch guilder if you knew where to look. Initially, trade was limited to just a few blocks in the port cities of Amsterdam and Rotterdam, but word spread quickly. This is how the first seeds of Dutch cannabis culture germinated – in the metaphorical sense, at least. 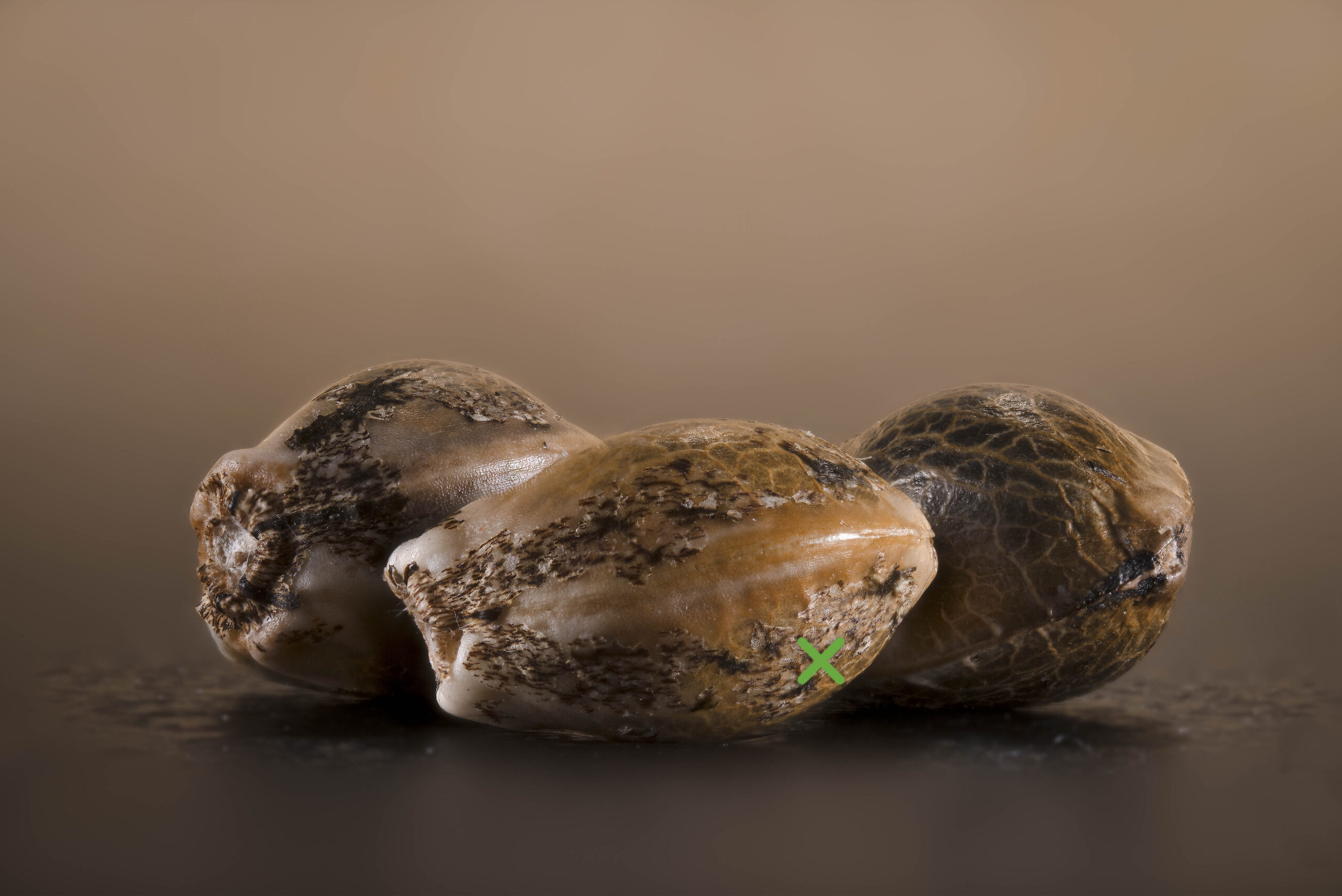 Sadly, lawmakers proved not to be fans of the fledgling local weed culture. Before the notion of ‘Nederwiet’, with netherweed as its liberal translation, was even conceived, production and possession of cannabis were banned by law. Prison sentences of up to four years were introduced. Obviously, though, that did not stop all Dutch cannabis pioneers from getting involved. Cannabis was still consumed and smuggled across the Dutch border from Algeria and other countries. Still, arrests were uncommon back then, with opium act convictions ranging between 10 and 25 a year by the late fifties and early sixties. These figures included hard drug offences such as those linked to heroin, for instance.

We don’t know how many people actually smoked Dutch cannabis back then. We do know, however, that cannabis ban critics were already active in those days, too. In 1955, journalist Jan Vrijman wrote in Parool national newspaper that he had never seen anyone suffer any physical consequences from weed at all, which undermined the ban in his opinion at least. A Groene Amsterdammer newspaper article from 1961 made similar claims, sparking an international wave of panic tracing back to the UN and WHO. The Dutch health authorities launch an investigation, and the Netherlands decide not to legalize cannabis after all.

In the second half of the nineteen sixties, hippie culture takes hold in the Netherlands. Cannabis is openly used at Amsterdam hippie hotpots like Vondelpark, Melkweg and Paradiso, and police raids become increasingly frequent. Routine searches for weed and hash are one-way tickets to the police station, but as cannabis popularity grows faster than police staff, policy becomes hard to enforce. Moreover, police officers start to question policies as they find that cannabis consumers are ordinary people rather than the criminals they expected to find. In 1970, they decide to refrain from enforcing cannabis law altogether for the duration of the Rotterdam Kralingse Bos music festival. Undercover agents at the scene were surprised by what they saw. Hash was sold openly at a makeshift market, and officers reported a ‘fantastic’ atmosphere among the attending crowds. In fact, they developed a certain fondness of the Dutch hippie cannabis culture of those early days.

Dutch health officials travelled to the US to learn about any potential health hazards associated with cannabis. They found little to alarm them. This lack of perceived threats added to their fears that continued prohibitions could boost criminal activity and the existing black market.

This laid the foundations for the 1972 Dutch cannabis tolerance policy. The Netherlands became the first country in the world to decriminalise cannabis, and so the government helped create our ‘Netherweed’ culture. Weed use was tolerated, and possession of up to five grams or five plants was not persecuted from a ‘consumer quantity’ perspective.

Trade and production were shifted from criminal offences to misdemeanour level, with dramatic implications for their legal consequences. In practical terms, enforcement was toned down to the point where coffeeshops are still in business today. These famous Dutch cannabis dispensaries opened right after the arrival of tolerance policies, as establishments like Sarasani, Mellow Yellow, and Original Bulldog opened up shop. Over 400 venues were active at the height of the Amsterdam coffeeshop era, even though only about 160 remain in business today. 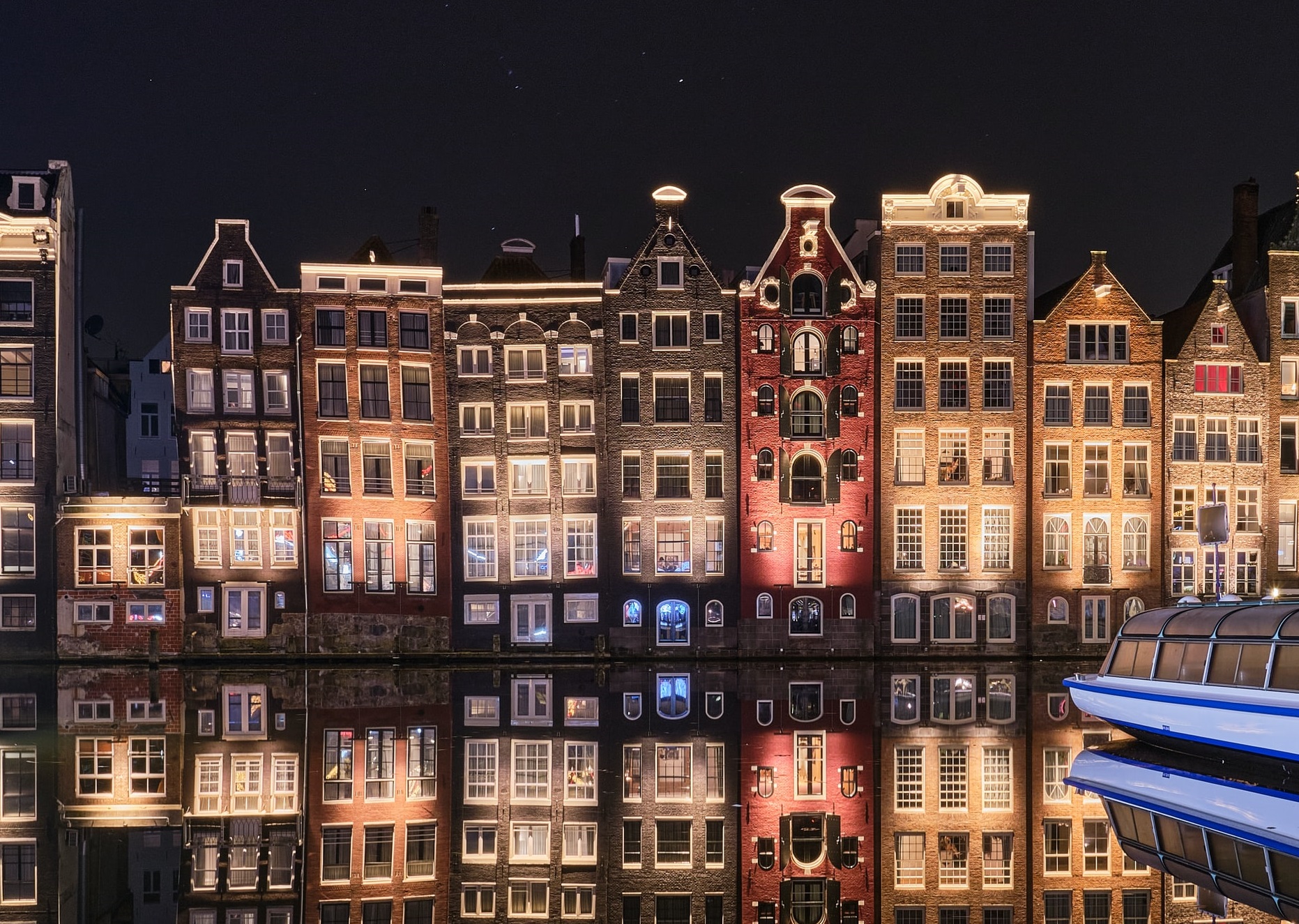 In the nineteen eighties, Sam ‘The Skunkman’ brought his own batch of skunk strains from the United States with him to Amsterdam. There, he was joined by Neville Schoenmaker and other Dutch breeders in his efforts to crossbreed new cannabis variants. The true genesis of the now famous original Dutch ‘Nederwiet’ cannabis strains, then, included names such as ‘Northern Lights’, Skunk #1’, and ‘Original Haze’.

The roots of Dutch ‘Nederwiet’ cannabis are quite closely related to what we now call skunk strains. These primal genetics are very hard to fins these days, mainly due to the enthusiastic efforts of the international grower and breeder community. Fortunately, connoisseurs can still taste classic Dutch ‘Netherweed’ genetics in modern Dutch cannabis marvels. The Amsterdam Genetics seeds collection holds plenty of examples, as you will find below.

Back then, cannabis was significantly less potent than today’s weed, with average THC levels of about 7%. THC content kept on rising until around the turn of the century, when it remained at around 18% with some notable exceptions. Dutch growers are famous for their focus on raising THC levels. By comparison, US strain averages used to be around 10%, although recent innovations have bridged the transatlantic gap at record pace. High THC levels have come to the detriment of CBD percentages, however, which some consider progress while other regard it as a drawback. Fortunately, there are still modern high CBD strains like Blue Monkey CBD to suit any taste and preference.

By now, Dutch breeders have arrived at good average THC percentages to meet any consumer’s criteria. Growers have recently shifted their focus to properties like flowering times, terpene profiles, or medicinal applications of particular strains.

Here at Amsterdam Genetics, we like to stay true to our own cannabis roots, and we have some Dutch champion strains in store to prove it. Even though we are right at the vanguard of ganja innovation as our Homegrown Selection demonstrates, you’ll still find traces of ‘Nederwiet’ throughout the green national heritage of our seeds collection.

True buffs and gourmets will not be surprised by our Dutch cannabis front runner: White Choco. At a 19% THC content, this cannabis celebrity still manages to please even veteran netherweed connoisseurs. The effect has been described as a manageable mix of euphoric, creative, and energetic impulses. She is most suited for indoor growing, but on the whole, she can handle Dutch outdoor conditions too.

Perhaps the White Choco pedigree is not a prime example of Sam the Skunkman’s original strains, but it sure is a Dutch smash hit. By now, White Choco has birthed a whole generation of new strains. Her offspring features some pretty prominent Dutch Nederwiet elements, such as the OG Kush traits included in our AK Choco Kush cannabis seeds, for instance. 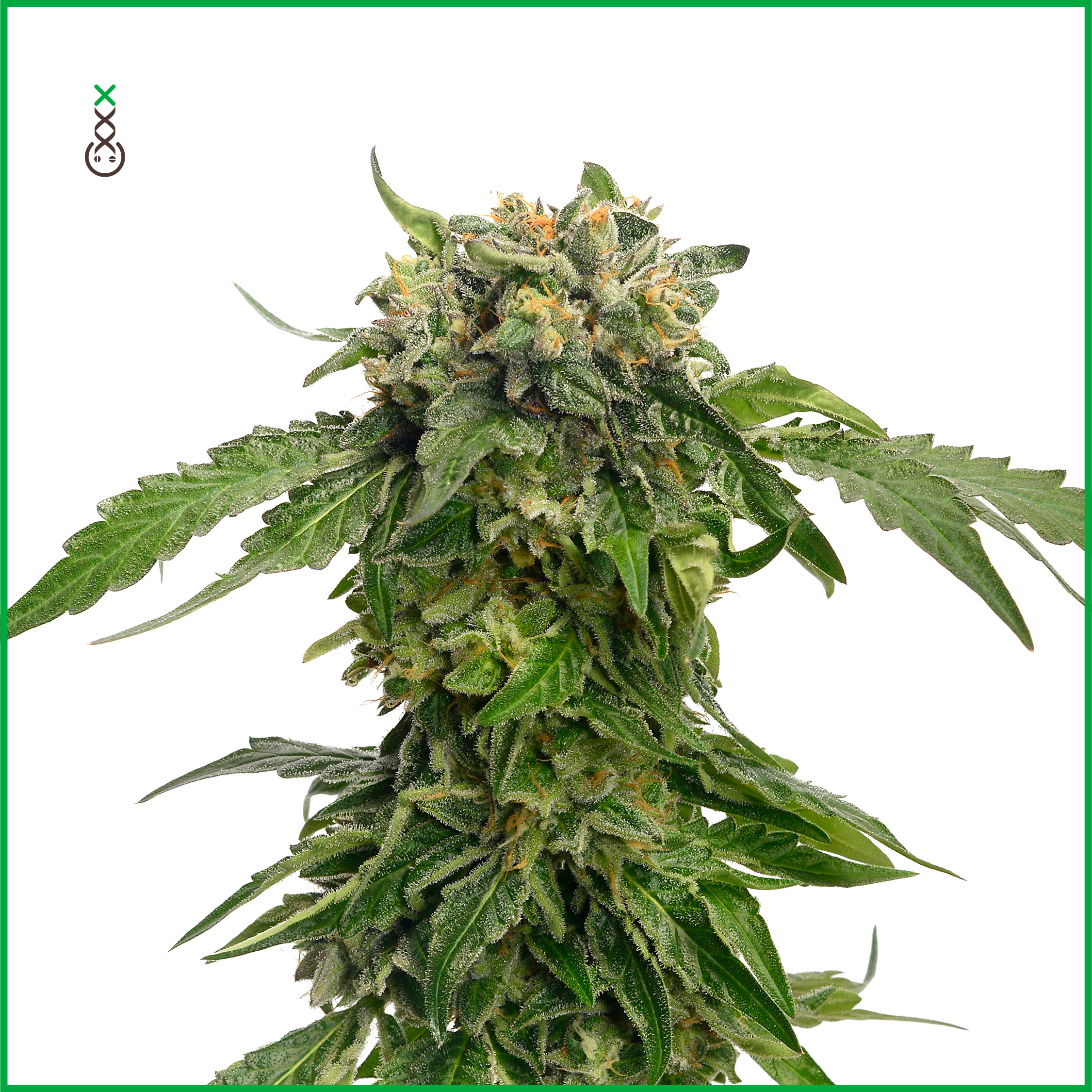 Amnesia Haze is pretty sure to ring a bell with any non Dutch cannabis enthusiasts. This classic haze strain is almost synonymous with Amsterdam these days. Her 25% THC content ensures an intensely powerful high. Add a fresh and herbal flavour to the equation and there you have it: a big favourite among locals as well as tourists visiting to get a taste of Dutch cannabis history!

Many growers out for truly nostalgic ‘Nederwiet’ genetics keep coming back for our Super Silver Haze cannabis seeds. These still embody the Skunk #1, Northern Lights, and Haze genes of out netherweed founding fathers. It just goes to show that even a cutting edge cannabis innovator like Amsterdam Genetics can stay true to the Dutch traditions that brought green fame to our tiny country! 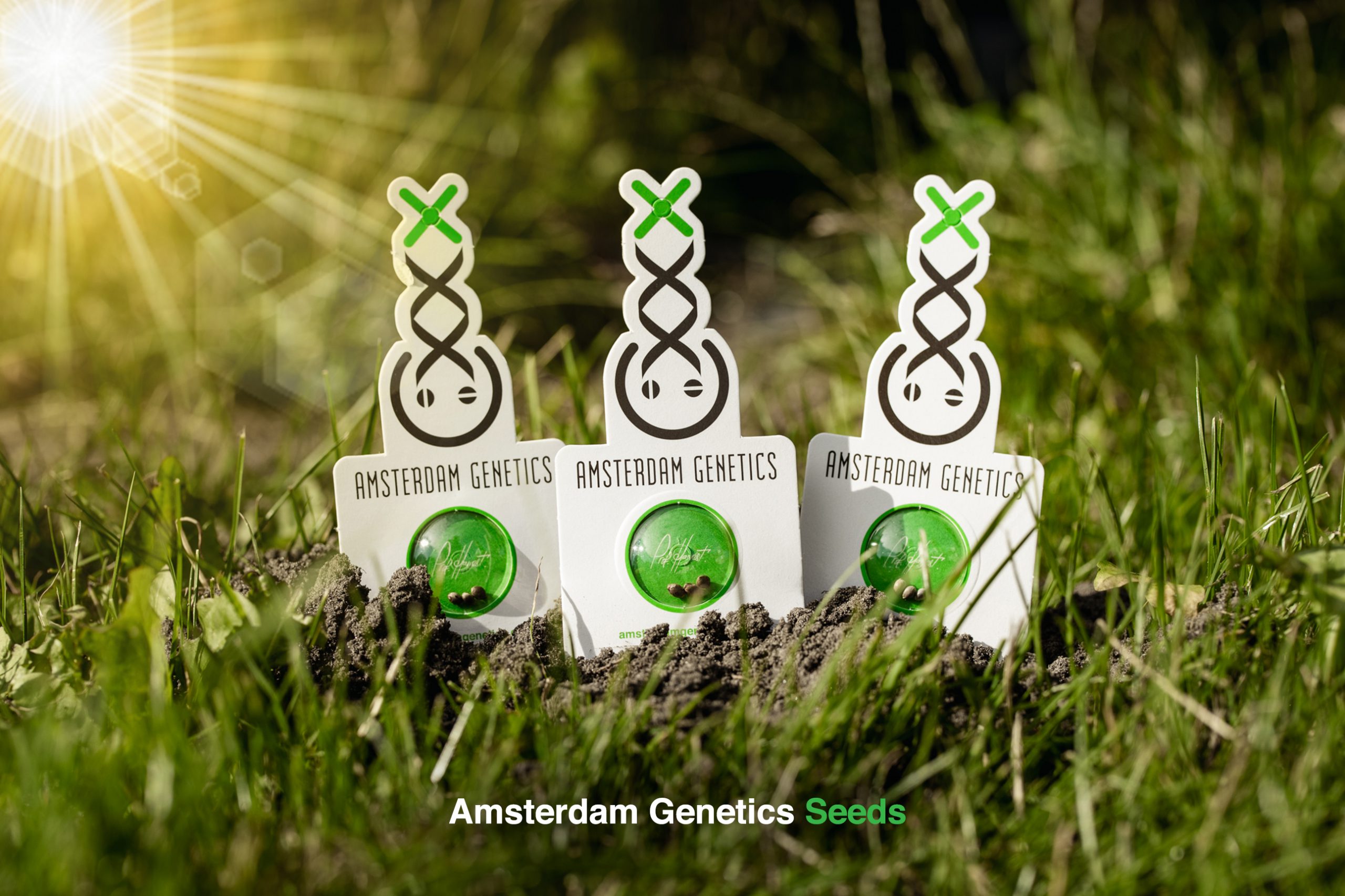