Every plant has its own preferences; even when it comes to climate conditions. Some like warmth, others prefer colder climes. Certain species are more resilient to drought; some prefer damp environments instead. Cannabis has its own particular preferences. She thrives in warmer climates, and you’re unlikely to find weed near the North Pole. Strikingly, though, temperatures are changing rapidly at this moment. This aspect of climate change affects the locations where cannabis grows best. In this article, we take a look at how climate change tends to affect modern outdoor cannabis growing.

The Impact Of A Changing Climate

Climatic conditions have always been subject to change. Factors such as gulf streams, solar activity, and even volcanic eruptions can all affect climate in their own way. Millions of years ago, for example, CO2 levels were much higher than they are now. We will return to this subject later. First, we need to make clear that current climate change is considered a negative consequence of human activity and environmental intervention. Our consumption of fossil fuels cause CO2 levels to rise, triggering temperature increases and more frequent incidences of extreme weather. The consequences for plants, animals, and entire ecosystems tend to be decidedly negative, causing extinction and relocation of common species to more hospitable locations.

Climate change, however, can also bring positive changes for certain species. If life becomes impossible for one plant or animal, another will usually take over the empty niche. In the specific case of cannabis, climate change brings higher temperatures and increased CO2 levels, allowing the plant to grow larger and produce more CBD and THC. That means medicinal properties of the plant may improve. US scientists have investigated the impact of climate change on the growth season of plants: the outcomes could easily apply to growing cannabis outdoors. 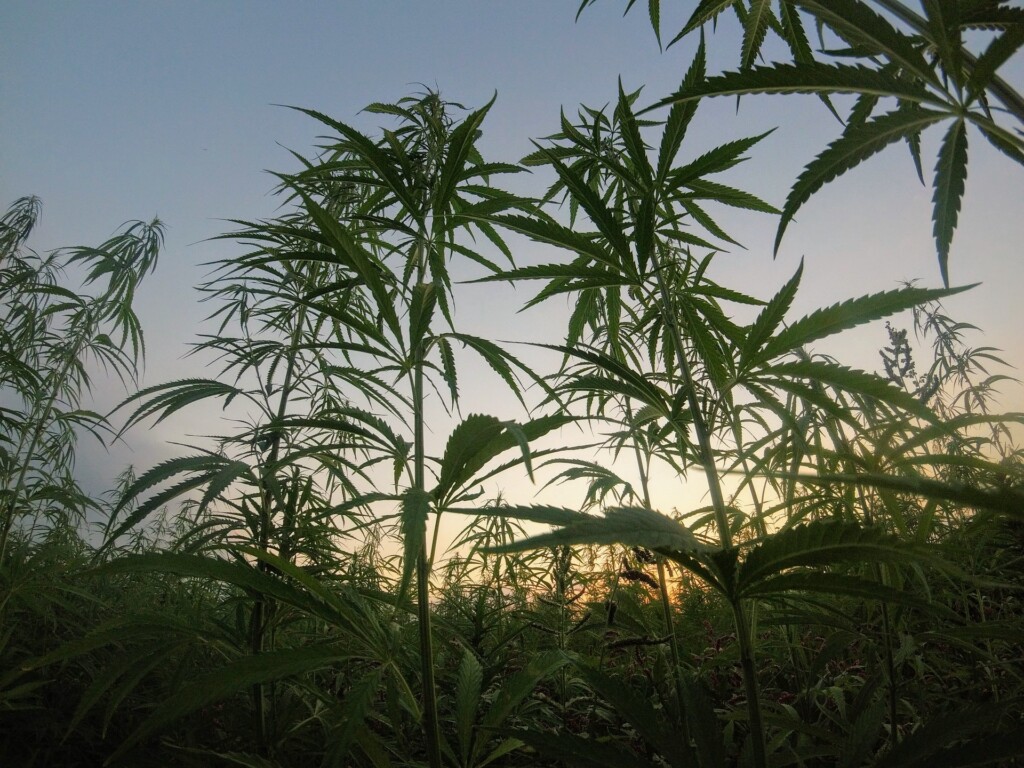 No matter how tough a ganja plant may be, ultimately, outdoor grows depend heavily on the weather. And even though weather and climate are two different things, climate chance nonetheless has major consequences for the ideal cannabis weather conditions. Climate change heats up considerable areas of our planet. Cannabis is a hardy species, though, which is pretty well-equipped to deal with dry conditions. It is often claimed, particularly in the USA, that weed uses enormous amounts of groundwater. Research indicates, however, that cannabis doesn’t need that much water at all. This is particularly true in combination with rising CO2 levels, which is a global reality today. The more CO2 the air contains, the less the pores on the leaves need to remain open to capture it, reducing evaporation and saving water as a result.

On top of this, plants growing in difficult conditions including drought or plagues tend to produce more THC in response. That means their psychoactive and medicinal qualities improve, too.That makes dryer conditions caused by climate change manageable for cannabis – provided they get enough water from their grower to prevent them from drying out altogether, that is.

Most people acknowledge that our use of fossil fuels causes atmospheric CO2 concentrations to rise. CO2 is called a greenhouse gas: it is the cause of rising temperatures all over the world. This has a major impact on anything that grows on our planet.

Rising CO2 levels are highly problematic for some plant species. However, this is not true for all plants, as a study by Reves of the American USDA-ARS demonstrates. Over the course of five years, they injected CO2 to a section of meadow. This turned out to prolong the grow season by up to 14 days.

CO2 reduces a plant’s need for water. The pores on the leaf surface close earlier and prevent evaporation. This decreases soil moisture loss, allowing plants to keep growing longer than they normally would. This climate change induced CO2 increase could bring real benefits for cannabis plants. In fact, that makes perfect sense from an evolutionary perspective. Millions of years ago, back when the first plant species appeared, atmospheric carbon dioxide concentrations were much higher than they are today. Back then it was about 1,000 ppm (parts per million), whereas currently, they are about 400 ppm. Back when humans first arrived on the evolutionary scene, it was around 300 ppm.

At some point, then, CO2 levels must have dropped considerably. For us humans, that was a very positive change, while for some plants, these changing conditions were problematic. In our modern times, however, CO2 levels are on the rise once more, largely caused by emissions from cars, factories, and agriculture. Since some plants handle high carbon dioxide better than others, scientists observe that these species tend to respond well to climate change.

In 2009, the relationship between CO2 and cannabis was investigated form a climate change perspective. It turns out that weed grows best when CO2 concentrations are around 750 ppm. This was the highest level the scientists were able to conduct measurements. The study also demonstrated that cannabis grows better and produces greater harvest yields in dry conditions with high CO2 levels. Is Climate Change Positive For Cannabis?

Climate change is all over the news these days. One way or another, we’re all going to have to face the consequences, whether we live in the desert, the Arctic, or the Netherlands. It affects people, plants, and animals. Studies now reveal that cannabis for one appears well-equipped to handle climate change results like dry weather and rising CO2 levels. That seems to be a positive thing, at least for North European outdoor growers. An early start of the warm season, which is becoming more common all the time, emphasises the need to plant seeds in time for maximum benefit.

It appears safe to say that, for the time being at least, climate change is not an immediate threat to growing cannabis outdoors in moderate zones like Northern Europe. That doesn’t mean the news is all good, however. Enjoying cannabis becomes hard in a world that gets less hospitable to life as we know it, obviously. Moreover, certain consequences of climate changes can affect cannabis negatively regardless of CO2 levels and humidity.

Even though climate change is a global phenomenon, its consequences vary across different regions of the world. Yes, cannabis tends to grow better in warmer weather, but some places can get too hot for weed to thrive, too. Even marijuana plants have their limits. We also noted that drought and heat can increase THC levels. That may seem attractive at first, but we need to keep in mind that THC content has been gradually rising for the past forty years.

We now have strains boasting 25 to 30% THC levels. Compare these to weed in the nineteen eighties, which clocked in at about 1.3% THC back then. For medicinal growers or those who prefer a milder high, keeping these percentages in check may be preferable.

It also seems as though present climate change triggers more extreme weather events that can harm outdoor cannabis grows. Sudden heavy downpours are one example, as are heatwaves and severe (summer) storms. Such extreme weather can be fatal for marijuana plants. Failure to take these increasingly common extreme weather events into account can ruin entire harvests. Growers will have to learn how to accommodate for such eventualities in the near future.

Another potential climate change threat for cannabis growers is the arrival of new plant and animal species. As the climate grows warmer, certain kinds of animals and plants are migrating north in search of cool weather. Consequently, certain species become increasingly common that were rarely if ever sighted two decades ago. Obviously, that includes pests, fungi, and disease as well as harmless species. Interestingly, this can even have implications for indoor growers. Pathogens and mould circulating outside are easy to carry into a grow room or tent without even noticing until the damage is done. That’s yet another good reason for cannabis growers to oppose climate change – if you needed any more, that is.

Cannabis And Climate Change: No Cause For Alarm?

For the present at least, it seems as though cannabis is well-equipped to cope with the pressures of climate change. Still, it would be better if the process was contained to minimise the consequences. After all, we need an inhabitable planet for all other plant and animal species, including ourselves. We also have to make sure the planet remains suitable for growing the food we need, and climate change threatens that potential as we speak.

Anyone planning to enjoy all that cannabis has to offer, therefore, had better make sure we slow down or stop climate change regardless of how well cannabis plants can cope with it!

Which Cannabis Seeds Are Most Climate Change Proof?

As a grower, it doesn’t matter whether you’re after maximum THC levels, solid CBD content, specific terpenes for special flavours, or maximum harvest results: all great grows start with great genetics. This is even more true at times when climate and weather extremes are on the rise.

Luckily, Amsterdam Genetics provides nothing but the finest cannabis seeds. Even if it gets hotter, dryer, or rainier outside, you should be good with our genetics. Of course, indoor growers have full control over their grow climate conditions. Apart from the germs and spores mentioned above, they have little to fear from climate change, except perhaps for floods that drown their entire cannabis grow. 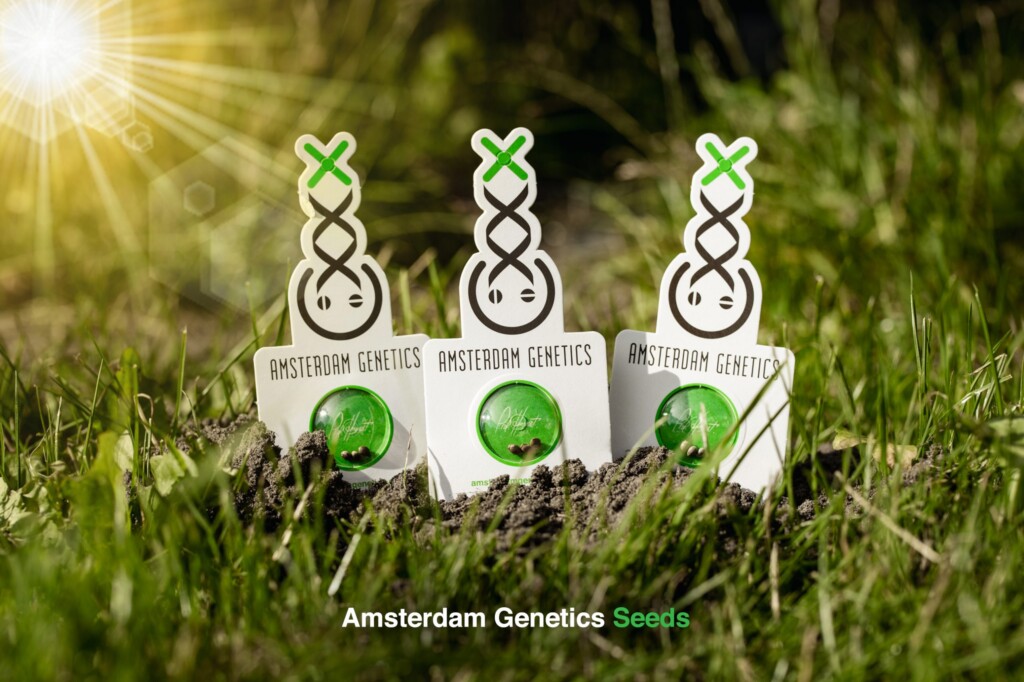 Anyone looking for top results out in the open air, bad weather included, has to keep their own grow techniques, locations, and soil conditions in check. Be sure to keep a close eye on the weather forecast, especially when harvest time approaches: climate change may be slow, but the weather can take a turn for the worse at any moment.

If we have to highlight particularly climate change proof cannabis strains, we are inclined to suggest autoflower seeds. They have shorter life cycles than photoperiod plants, allowing growers to avoid a cool start of summer or wet weather just before harvest season. On top of that, their ruderalis genes pack some extra toughness to deal with climate extremes.
Try Our New Dynamighty Autoflower!

Apart from these, though, all Amsterdam Genetics strains are hardy and resilient enough to survive most weather extremes. That’s why any grower can plant our cannabis seeds outside, safe in the knowledge that climate change will not affect their harvest if they know what to do – no matter the weather! 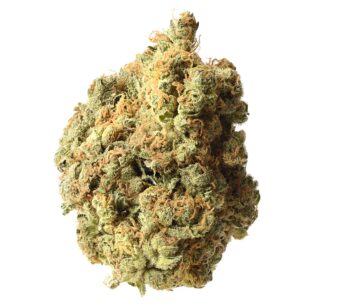 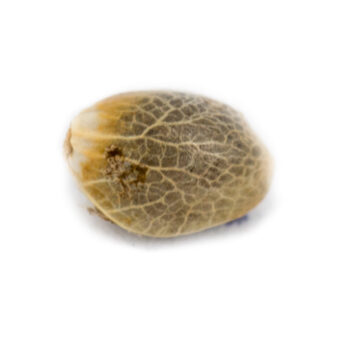