Have you ever had red eyes because of cannabis? If you have don’t worry: it’s common and it’s harmless, even in the long term. It is, however, a tell-tale sign that you’ve been enjoying weed. That knowledge makes some consumers uncomfortable. Red eyes tend to trigger biases and misconceptions about cannabis use, which can trigger paranoia in turn. So how do those eyes turn red anyway, and why do they affect some people more than others? And what can you do to prevent them? Find out in this blog.

If you ever noticed your eyes turned red after smoking cannabis, chances are that you attributed it to smoke irritation. Or maybe you blamed a coughing fit. That’s not what caused that red glaze over your eyes, though – at least not in most cases.

Cannabis can cause red eyes in several ways. We list the most common causes below.

Cannabis lowers blood pressure: THC, the main psychoactive cannabinoid in weed, causes blood pressure to drop. This explains why cannabis is used against glaucoma (cataracts), a condition caused by excessive pressure of the fluids in the eye. If blood pressure drops, eyeball pressure follows suits. This gives the veins in the eye room to expand, which makes them more visible and turns the white of your eyes pink or red.

The low blood pressure effect of cannabis explains more than red eyes alone. It can also make you feel faint or dizzy and turn your skin pale. It is the most common reason why cannabis causes red eyes, but the following factors can contribute as well:

Smoke irritation: if you have sensitive eyes, they can get irritated and red by contact with smoke from any source, be it cannabis or a campfire.

Dehydration: Your body need fluids to metabolize THC. That is why you should drink enough to remain well-hydrated. This can irritate eye tissue and cause redness.

As you can see, red eyes are not necessarily caused by smoke; you can just as easily get them from vaping, edibles, and cannabis oil. 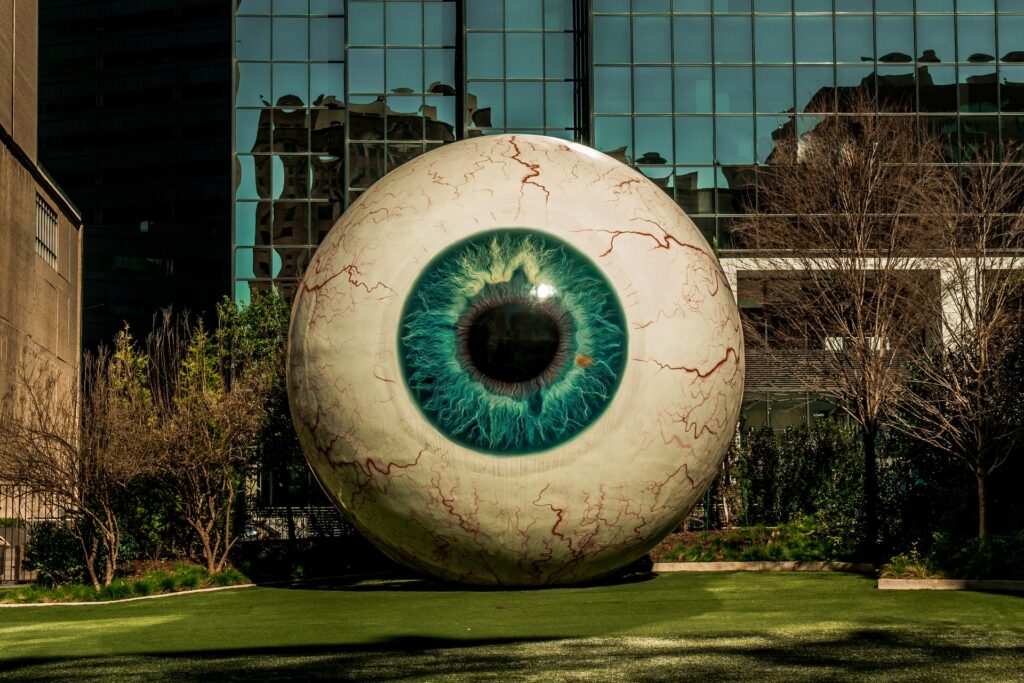 Who Gets Affected By Red Eyes?

It would be nice if we could predict who gets red eyes from cannabis and who doesn’t. Sadly, though, we can’t. Some people only get it after their first few sessions, and some people are never affected. Then again, some people get red eyes every time they try cannabis. And even though it’s completely harmless, many people find it very awkward and uncomfortable.

Getting red eyes or no depends largely on genetics. The strain consumed is also a factor. It could also be a matter of your body getting used to the compounds found in weed. You may adjust over time, reducing your chances of redness and irritation.

Red eyes will disappear by themselves after THC is metabolized by the body. Of course, you may not feel like waiting for this to happen. Luckily, there are several ways to try and reduce or prevent the effect.

Red eyes are (usually) caused by the THC that cannabis contains. If you’re consuming a high THC strain and you get red eyes, you may want to try another strain with lower THC levels instead. A CBD-rich cannabis strain can make a real difference if you want to avoid red eyes, for instance. Moreover, CBD (cannabidiol) can be a useful way to ameliorate the other effects of THC, too. By the way, did you know that the intensity of a high is determined by many more factors than THC alone? The other cannabinoids and fragrant terpenes in weed are hugely important, too. More THC is no guarantee for the desired type of high!

If you find that irritation from the smoke itself causes your red eyes, you could try vaping or edibles as an alternative. Keep in mind, however, that if smoke is not the true cause, THC in cannabis edibles can still turn your eyes red if you eat or vape your weed.

Keep Your Fluids Up

Getting plenty to drink is another way to reduce the redness in your eyes. They could be a sign of dehydration, as can happen when you have too much caffeine on a hot day. Drink two glasses of water to replenish your fluids, and you may find that some of the red hue subsides. It’s also the best way to fight down that cottonmouth dryness on the palate. Moreover, water gives you the best blank flavour canvas to taste the full aroma of your preferred strain – and H2O is superhealthy to boot!

You could also make sure you have eye drops handy, but if you do, be sure to get the type intended for red eyes. They make the veins in your eyes contract to reduce the red cannabis glaze. Expert tip: don’t share your eye drops with others; you can get eye infections if you do that.

Red eyes after cannabis consumption can also be reduced by cooling. You can use a soothing cold pack filled with ice cubes (don’t use ice cubes directly on the skin), but a cold wet towel will do the job, too. The cold will make the veins contract and make some of the redness go away. Incidentally, this also a great way of freshening up whenever you need some focus.

If nothing seems to work, or if you don’t have time to relax on the sofa with an ice pack over your face, you can always resort to covering your red cannabis eyes with sunglasses. It’s a classic trick, but you may find it doesn’t work well in some situations.

Sitting behind your office desk with sunglasses on can be a bit suspicious; perhaps more suspicious than having red eyes in the first place. It may help to know, then, that most people don’t pay that much attention to your appearance – they probably don’t even notice your red eyes. And if they do notice, you could always say you haven’t slept well, or spent the whole night gaming. Or that you’ve just been to a chlorinated swimming pool for a healthy morning workout! 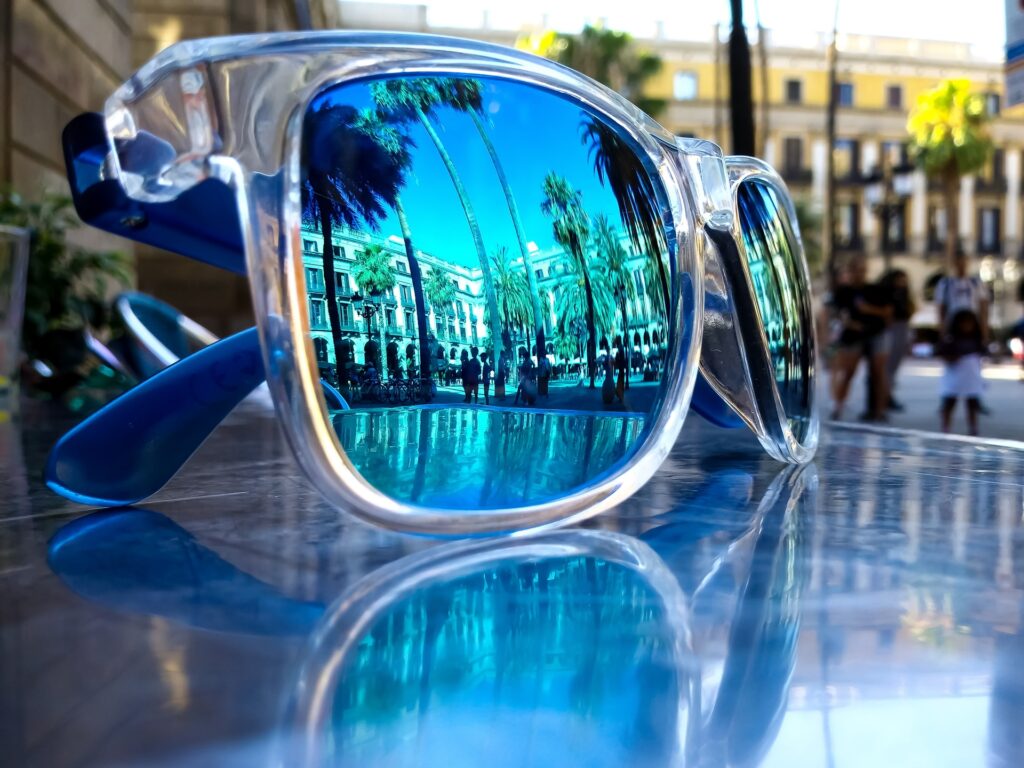 No More Red Eyes From Cannabis?

We conclude with the comforting thought that the problem with red eyes is mainly in the eye of the beholder. Cannabis can give you red eyes, yes; but they’re mainly annoying because they make you feel as though everyone knows you’ve been enjoying weed. Still, while you may get anxious about people noticing, most of them aren’t even paying attention.

Fortunately, the effect wears off by itself, without harming your health in any way. Feel free to use our tips to get rid of your red eyes, or just prevent them altogether by picking another strain. You have plenty of choice there, so from now on, red eyes shouldn’t be a reason to shy away from cannabis any longer. 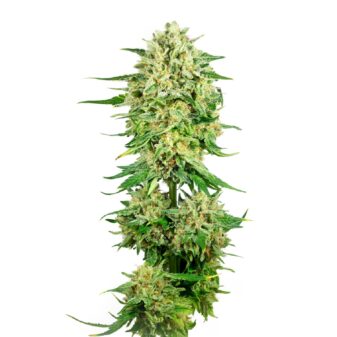 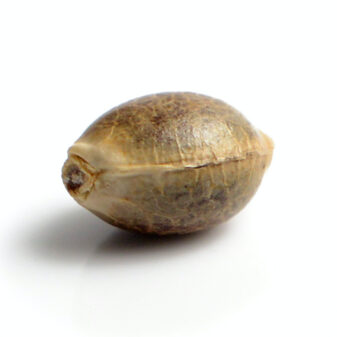