In nature, terpenes are all around. In plants, terpenes provide the tell-tale scents of lavender, orange, and pine trees, for instance. They help animals protect themselves, while plants need terpenes to attract or repel certain insects. They can be very useful and healthy for humans too, though. All cannabis strains have their own unique terpene profile, making weed a promising source of useful terpenes. Research reveals that cannabis terpenes offer all sorts of medicinal possibilities, but they also affect how we experience the high of any given cannabis strain. Read on to find out what terpenes are and what purposes they serve.

Terpenes In The Wild

You know how all those plants, shrubs, and trees that produce such wonderful fragrances, like lavender, mint, pine trees, orange, and eucalypt? Well, those pleasant scents come from terpenes (also known as isoprenes and called ‘terps’ by insiders). They’re also responsible for the flavour of many natural foods ingredients. That’s not surprising, since much of our sense of taste depends on our sense of smell. The taste of our food is mainly determined in our nose, which explains why terpene scents help determine the flavour of fruit, for instance – and of weed, by the same token. That’s not all they do, though; terpenes have other purposes, all vital for the survival of the plants or trees involved.

Although we usually just enjoy the smells emitted by these plants, they are in fact meant to repel or attract specific animals. This helps prevent the plant getting eaten, or promote pollination instead. Terpenes help protect plants from fungi and bacteria, promote recovery after damage, or serve specific purposes in their immune system.

It’s not just plants that produce terpenes, either. Certain animal species use them for protection, too. Termites, for instance, can produce terpenes to protect them against predators. When threatened, they release a cocktail of terpenes to discourage would-be attackers.

Humans have discovered the use of terpenes as well. Your everyday life probably involves more terpenes than you realize. They’re used to manufacture perfumes, cosmetics, foodstuffs, and more besides.

These days, there’s a lot of talk about terpene profiles among cannabis experts. These terpene profiles are like ‘passports’ for strains, identifying which terpenes they contain. That’s actually pretty helpful: some 20,000 different terpenes have been identified, some 100 to 200 of which are found in cannabis. 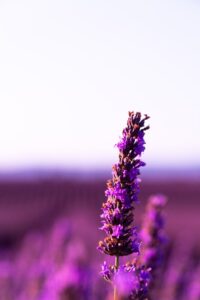 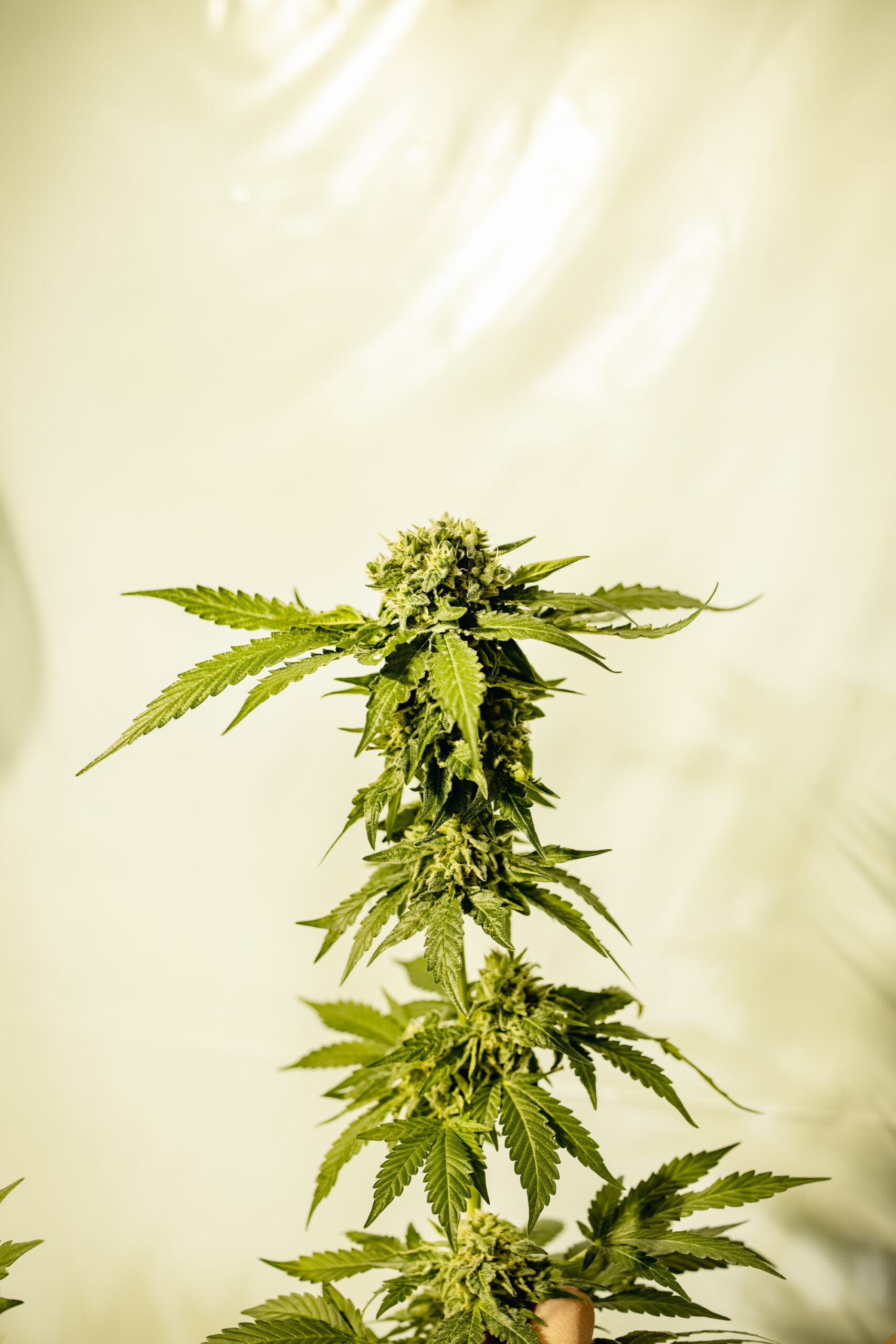 As more people become fascinated by the myriad subtle scents, flavours, and effects of the dizzying number of strains available today, breeders have been developing new strains specifically for their terpene profiles. Some gourmet smokers are completely enchanted by that one particular taste. Likewise, certain growers are constantly looking for the perfect therapeutic terpene combo. If you are keen to expand and develop your own sense of taste, a closer look at the wondrous world of terpenes is definitely a good idea.

Terpenes are used as building blocks to build other compounds. They can be distinguished by the number of carbon atoms determining their molecular structure. Their basic unit is the isoprene, consisting of 5 carbon atoms linked to 8 hydrogen atoms. Together, these atoms make one C5H8 isoprene molecule.

The word terpene refers to the naturally occurring compounds based on the isoprene unit. Another commonly used term is terpenoid, but terpenoids are in fact compounds consisting of multiple terpenes. Originally, the word terpene comes from a cleaning agent made of isoprenoids: the famous turpentine, made of the turpentine tree’s resin.

Monoterpenes, diterpenes and sesquiterpenes are common in plant-based essential oils . Vitamin A is an important and often found diterpene. Monoterpenes are volatiles, which explains why they can emit such prominent scents. The greater any terpene’s molecular mass, the less volatile they become due to their greater weight. That makes airborne spread of any aroma more difficult. Despite these limits, sesquiterpenes often convey distinct flavours to certain types of food.

Are Terpenes Any Good For Humans?

Terpenes are highly useful compounds for humans, in many different ways. One of the most prominent applications is natural rubber (polyisoprene). Many other terpenes are used on a smaller scale. The resin of conifers (pine resin) is often used to manufacture chemical products including ink, soldering tin, varnish, glue (used in band aids, for instance), medicine, and chewing gum. Even steroids are derived from squalene, which is a triterpene.

Terpenes And The Medical Potential Of Cannabis

Terpenes can offer us many more benefits in a different way, however. This is because certain terpenes have medicinal effects on the body. Several of these medical terpenes occur naturally in cannabis. They can improve or alter the medicinal potential of cannabinoids through the entourage effect. This effect accounts for the interactions between the various compounds found in cannabis.

THC and other cannabinoids have effects on our body and mind because they work together with our endocannabinoid system (ECS). This system extends to every part of the body, influencing many different organs and biological processes. It safeguards our homeostasis: a lasting state of balance throughout the body while the environment around us keeps changing. Interestingly, many cannabis terpenes are able to influence ECS receptors, allowing them to subtly alter the highs caused by various weed strains.

Some of these terpenes have been used in aroma therapy for centuries; not based on scientific evidence, but from their perceived effectiveness against certain conditions. The exact mechanisms by which they do so are still not fully clear. These days, though, terps are definitely the hotness: not just for cannabis lovers, but also for scientists interested in their medicinal possibilities.

The Effect Of Terpenes On The Cannabis High

People often wonder whether you can get high from terpenes. The short and simple answer to this question is “no”. The terpenes found in weed are not psychoactive of themselves; so terpenes alone will not get you high or stoned. Nonetheless, terpenes do affect how you experience these highs. That’s because they van influence the workings of cannabinoids like THC and CBD indirectly through the entourage effect. So in fact, terpenes do have quite some impact on the high caused by cannabis.

Many people pick their cannabis strains according to THC percentages, or the differences between indica and sativa weed. These days, though, connoisseurs increasingly pick their favourites based on scent, which is another of saying based on terpene profiles. 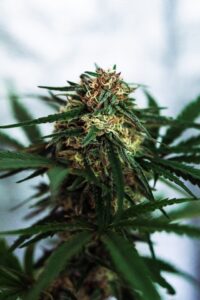 How Terpenes Affect Your High

So what kind of effect can a terpene have on any given high? Linalool is a good example: it can reinforce the relaxed buzz of the high, while it can also make the mind more alert during that high. A pinene-heavy terpene profile can help protect you from the occasional vague recollection that lingers after using certain cannabis types. Limonene, another important cannabis terpene, adds some extra uplifting cheer to your high. Myrcene makes it easier for THC to reach the brain, enabling it to intensify the high experience.

As you can see, the effects of terpenes on your high can be pretty diverse. Add to this the fact that every strain contains a broad range of different terpenes in varying concentrations, and you start to see why terpenes are not just important to marijuana lovers, but also offer a dazzling array of possibilities for finding exactly the effect you were looking for.

The precise effects depend on terpene concentration, method of use, and other substances used simultaneously. Increasingly, science is looking into the possibilities of cannabis terpenes. That means there is growing interest for terpenes from two directions. One group represents growers, breeders, and consumers of medical and recreational cannabis. The second group consists of scientists busy uncovering the biological secrets of terpenes. To all probability, the near future will reveal more terpenes, undoubtedly discovering new applications and effects.

The cannabis plant, for instance, produces a range of potentially medicinal compounds including terpenes, cannabinoids like THC and CBD, and flavonoids. All these compounds mutually influence each other’s effects, in a complex interplay known as the entourage effect. Incidentally, that also explains why the presence of certain terpenes in CBD supplements an in CBD cannabis strains can boost their beneficial effects. 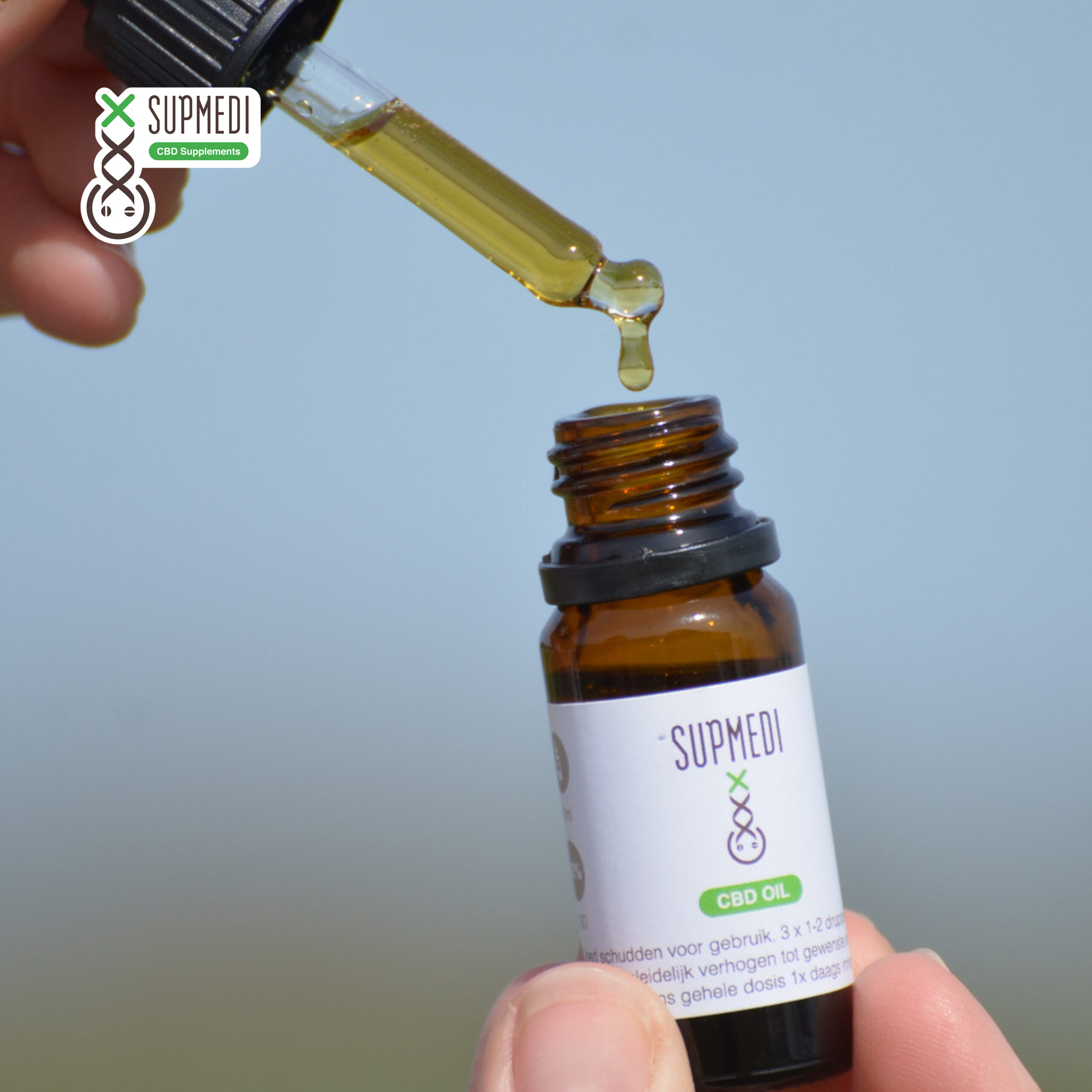 Which Terpenes Are Found In Cannabis?

We know quite a lot about cannabinoids, but research into terpenes is still in its infancy. Cannabis is a plant that holds many promises for our health. It contains a range of terpenes, such as limonene, linalool, pinene, and humulene. The most important terpenes found in varuois cannabis strains are explored in separate blogs. Certain terpenes found in cannabis are capable of influencing the effect of THC (increasing or decreasing its potency), while others can help people relax or counter inflammation. There is much yet to be learned about terpenes.

Our dedicated terpene blogs contain loads more information on the most important terpenes. They also show you which Amsterdam Genetics seeds to grow if you’re looking for specific terpenes and their effects. Read these blogs for detailed information on:

Choosing Your Own Cannabis Terpenes

If you’re curious to find out which cannabis strains best match your personal taste and preferences, terpenes are an important part of your considerations. A strain’s terpene profile is a good starting point for finding out its nominal terpene levels. Taste and scent of the flower buds are essential clues to the actual content. You’ll easily notice how a strain like Grapefruit Superstar carries a distinctly powerful citrus flavour. That’s completely different from, say, Green Magic plants and their characteristic bouquet of sweet chocolate tones.

Ultimately, though, finding the right terpene profile is more than just a matter of taste. If you’re after specific strain traits like relaxing, uplifting, or analgesic properties, some knowledge of terpenes can be very handy. Combining different terpenes in any given strain provides near-endless possibilities.

Do mind, however, not to focus too much on terpene profiles. The exact levels of terpenes vary from plant to plant, even within strains. This is due to genotype and phenotype variations between individual plants, as well as to the environment in which they grow. Soil conditions, nutrients, pH values and (indoor or outdoor) climate all play their part. Use the information you can find online, but always take it with a grain of salt. The ultimate test is sampling, smelling, tasting, and experiencing terpenes for yourself! 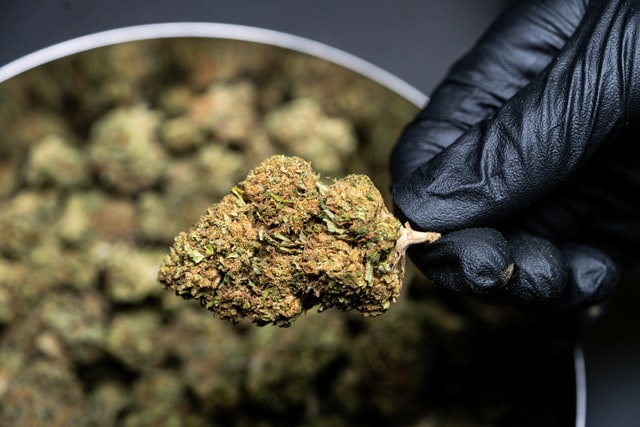