Humulene is one of the most common terpenes found in cannabis, on a level similar to myrcene, pinene, and terpinolene. Terpenes are responsible for the wonderful herbal aromas we appreciate in weed plants. However, people are also interested in terpenes for their potential health benefits. Humulene has not been studied in great detail yet, but it may well prove to be a highly useful substance. It could be employed in the fight against cancer, for instance. It also seems to have antibacterial properties, as well as the ability to suppress hunger. Like other terpenes, humulene influences the effects of other cannabis compounds. In this blog, you’ll learn what is currently known about cannabis terpenes, and about humulene in particular.

The Use Of Terpenes

Terpenes are aromatic oils that provide cannabis with its tell-tale aromas reminiscent of citrus, mint, spice, or pine, for instance. They are produced in the same resin glands, or trichomes, that hold CBD and THC. Of course, cannabis does not generate terpenes just to please the connoisseurs; they serve to promote the survival of the species. Terpenes are intended to protect cannabis from being eaten by insects and other predators. On the other hand, some plant species use them to attract other insects to help with pollination. 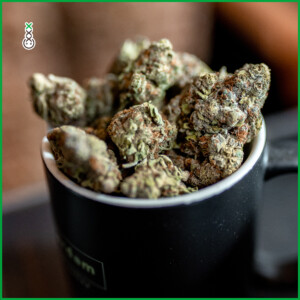 Terpenes do more than just determine a plant’s scent, though; they also play a part in the effects caused by specific cannabis strains. We call this phenomenon the entourage effect. Some terpenes promote feelings of relaxation and ease stress, while others convey a sense of alertness, elation, and energy. Knowing the terpene profile ofs of different cannabis strains can really pay off for growers and consumers alike.

Humulene is known as a sesquiterpene, and is also called α-humulene. The substance is present in cannabis, hops (closely related to weed plants), basil, ginseng, and black pepper.

Humulene conveys an earthy, woody aroma. This is a terpene you’ll also find in beer, which owes its unique aroma to humulene. Sage and clove also contain humulene terpenes.

Physical Effects Of Humulene In Your Cannabis

Humulene appears to have powerful analgesic (pain relieving) properties, as demonstrated for example in a 2007 study by Fernandes et al. Its effect was similar to that of dexamethasone, which interestingly is also used to combat infections caused by COVID-19. It is also an effective painkiller. Oral use is one option, but topical application or inhalation, such as through vaping or smoking, may also produce analgesic effects.

A study published in the British Journal of Pharmacology (2009) explored the effects of humulene on inflammation responses in mice. These particular mice suffered from asthma, involving symptoms such as inflammation, mucus formation, and hypersensitivity of the respiratory tract. It turned out that humulene managed to substantially reduce respiratory infections. This led the researchers to conclude that humulene can be used to treat asthma and other allergy conditions.

A 2003 study into the effects of humulene against cancer was published in Planta Medica magazine. The research team used humulene-rich essential oils derived from balsa fir trees and tested these on various types of cancer cells. It proved effective against all types of cancer. The antitumor capacity of humulene may stem from its ability to lower cellular glutathione levels. Simultaneously, it increased production of reactive oxygen species (ROS) that are involved in apoptosis (cell death).

Another important use of humulene could be its antibacterial effectiveness. Oil drawn from balsam fir trees, another high humulene species, was tested on different types of bacteria including Staphylococcus aureus. This bacteria can cause pneumonia and bone and skin infections. Humulene proved effective against S. aureus, although it did not work as well against E. coli bacteria.

Like many other terpenes and cannabinoids found in cannabis, humulene has an effect on appetite. Interestingly though, humulene turns out to suppress appetite rather than stimulating it. That means rather than giving you the munchies, humulene helps reduce your craving for food. This has led some scientists to believe that that humulene could help people lose weight. At the very least, it could help prevent that familiar sight of a cleaned-out fridge when you get up in the morning…

Choco Cheesecake is a true flavour masterpiece. In fact, there’s more taste variety in Choco Cheesecake weed seeds than we can describe in one go. With diesel, cheese, and sweet earthy undertones in the melange, many a grower starts feeling light-headed even before her 20% THC level makes itself felt. Still, the underlying genetics of this strain offers plenty of humulene potency: both the influence of White Russian and its Sour Diesel ancestry are famous for it. Of course, a bouquet such as this has much more terpene wealth to offer, as caryophyllene and limonene are amply represented as well.

On top of taste and smell, these terpenes provide a range of medical possibilities. Choco Cheesecake is held in high regard for her stress-reducing capacities, but she sure is worth a shot for treating chronic pain, too. Any grower willing to give her a chance will soon find out why Choco Cheesecake weed seeds deserve every last letter of the Homegrown label they received.

Chocolato owes half her name to the genetics of California-born flavour bomb Gelato. By crossbreeding this celebrity strain with our own home champion White Choco, a Homegrown superstar was born: Chocolate seeds grow, flower, and taste every bit as deliciously as the name suggests. 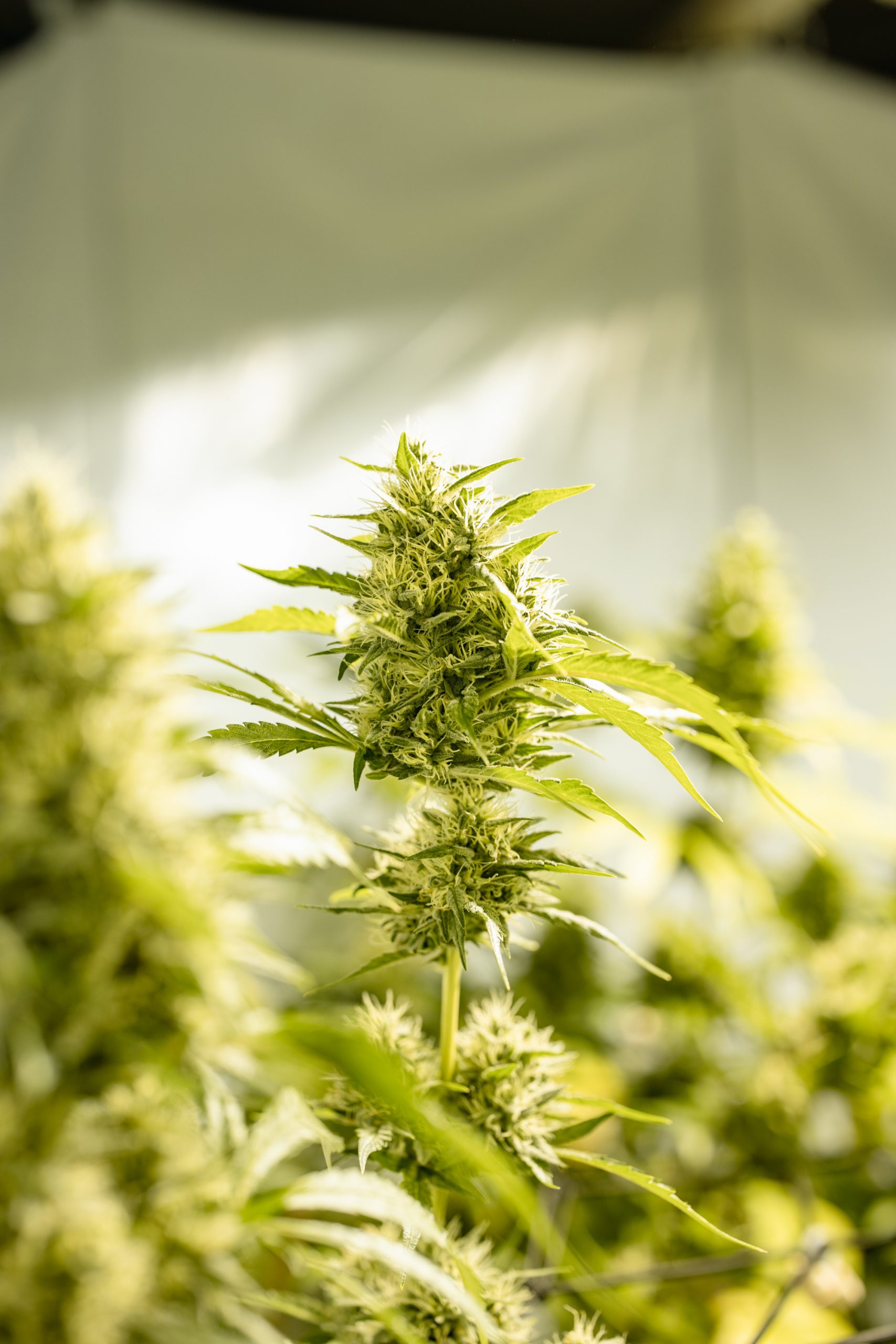 The high humulene content of Chocolato buds provides an exciting spin to the hops-like aroma typical of this terpene. A whiff of vanilla brings sweetness, while the humulene adds an intriguing dash of earthy herbal flavour. Actually, the exact taste and scent of Chocolato is pretty hard to pin down if you’ve never had a taste. Thankfully, she will flourish in favourable outdoor conditions even more than in most indoor grow setups, allowing all growers to get a personal experience of Chocolato Homegrown cannabis seeds at home.

Interested In Growing Your Own High Humulene Cannabis Seeds?

Anyone interested in growing their own high humulene cannabis seeds is spoilt for choice at Amsterdam Genetics. Tis useful and tasteful compound is present in just about any strain we have, even though ultimately, terpene profiles are determined to considerable extent by environment, weather, and nutrition factors. Our Grow Blogs are full of handy tips for growers and useful techniques to make the most out of every seed you order. So, are you ready to pick your strain yet? Then step right into our webshop and get growing with your own natural source of terpenes, cannabinoids, flavonoids, and much more besides!