Maybe sports is not the first thing that comes to mind when you think of weed, but using cannabis can be advantageous for athletes. A stoned workout does not sound like the best idea ever. And yet, weed can give your body a boost when it comes to athletic performance. That is due to the hundreds of cannabinoids, terpenes, and flavonoids cannabis contains. We try to figure out whether sports and cannabis are a good idea for practice and sports achievements.

Sports And Cannabis: A Winning Team Or Personal Foul?

You can work on your health in various ways. Most people do so by being mindful about their diet while they try to get enough exercise. Contrary to popular stereotypes, most regular cannabis smokers do these things just like everyone else. Although there is a persistent bias about weed smokers not caring about their health, cannabis enthusiasts actively try to stay in shape, too. Of course, everybody knows that weed smoke is bad for your lungs. That negatively affects your sports performance. However, it turns out that lighting up may in fact have positive consequences as well if you decide to hit the gym.

We can be brief here: yes, it is. International doping authorities indicate that in competition settings, THC from cannabis is always considered doping. In fact, smoking weed long before official matches can still lead to positive tests weeks later. So if you’re involved in serious competitions on a professional level, cannabis is not a good idea. Incidentally, this only concerns THC: the cannabinoid CBD is officially allowed by the World Anti-Doping Authority (WADA). For amateur athletes though, the matter is much more nuanced. Let’s find out how sports and cannabis relate.

How Sports And Cannabis Relate

Anyone enjoying the occasional run is likely to know the runner’s high. The phenomenon occurs in other disciplines as well, though. Extensive training releases endorphins that can cause to to experience a high. It’s not the high caused by cannabis, because it involves different substances and effects, but the two can be compared up to a certain degree. A runner’s high is capable of turning the pain of intense exertion into a pleasant, rewarding feeling.

Now, obviously, endorphins and cannabinoids affect the body and mind differently. Nonetheless, a runner’s high and a cannabis high can help temper muscle aches and fatigue in similar ways. This in turn could help you stay motivated between workouts. In doing so, different cannabinoid and terpene profiles, as well as other factors, can make all the difference. 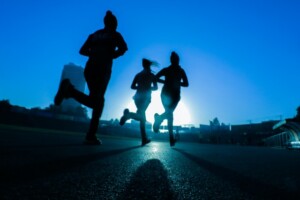 Some cannabis strains make you never want to leave your couch again. That makes hanging on to your exercise routine tricky. Other strains can have the exact opposite effect. Their stimulating, uplifting properties can help increase your motivation. You might find yourself back in the gym sooner for it.

So finding the right strain seems to be part of the trick. Of course, you’d still have to weigh detrimental effects on your lungs against the potential benefits of cannabinoids and terpenes. You could consider sativa-dominant strains . These tend to provide uplifting and energetic vibes rather than the physical body buzz associated with indica-dominant genetics

As it turns out, some types of weed seem more suited for athletes than others. Turning to science, we find little research identifying sports and cannabis as a potential winning team. One comparative study from 2017 found no positive effects of THC on athletic performance, for instance. Muscle capacity and aerobic performance dropped. In addition, some participants couldn’t complete the tests properly – because they were far too stoned, obviously. Perhaps the team should have taken the trouble of finding a nice and easy sativa strain like Grapefruit Superstar first…

If you’re an athlete using cannabis (whether you smoke or eat it), you’ll get THC (tetrahydrocannabinol). This is weed’s best-known psychoactive component, which can be stored in our body’s fat tissue. When you start working out, your body can decide to start burning fat for fuel. Since fat can contain THC, small quantities of THC can be released along with this fuel, resembling the effect of tiny amounts of cannabis. Some studies indicated that blood THC levels could rise by 15% immediately after moderate exercise. This effect reportedly lasted for two hours. This could mean you might get high during workouts, but not to the point where it negatively affects your performance.

However, this effect has not been proven definitively in any laboratory yet. Nonetheless, ever more athletes seems to use cannabis incidentally – including professionals. Apparently, they get something out of it, but whether that something is sports-related we cannot tell. A recent analysis of the THC body fat effect found only minuscule quantities of THC after an intensive workout. Still, the researchers admitted that a lack of good data is the main cause for uncertainty. It seems we will have to wait for new research to tell us more. 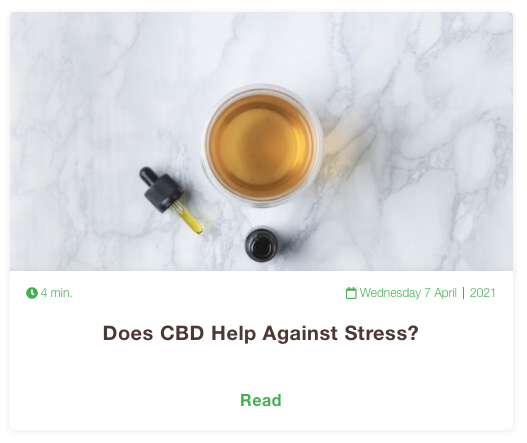 The Analgesic Effect Of Cannabis

One of the best-known effects of cannabis is its analgesic capacity. CBD is especially renowned for its pain-killing effects, as well as certain terpenes found in weed. Cannabis has also been attributed anti-inflammatory properties. These traits make cannabis use in sports a logical path to explore. You could use it for sore muscles, overburdened joints, or inflammation. Cannabis could help reduce swelling and promote rapid recovery.

There are ways to enjoy the athletic benefits of cannabis without smoking weed, too. You could opt for CBD Oil or CBD Tablets, for instance. CBD has no psychoactive effects, yet it does offer all the potential advantages described above. If, by contrast, you’re looking for cannabis strains containing CBD to smoke before or after practice, however, you could go for our CBD-rich strains. These contain more CBD than THC, alongside a range of beneficial terpenes.

Both CBD and THC can improve your sports performance. Yet even though using cannabis can offer advantages, smoking is bad for your health by default. As a true sportsman or woman, you may prefer to use edibles instead. Edibles are available in all shapes and sizes, containing THC, CBD, or both. There are in fact CBD edibles designed especially with sports in mind. These offer you more than just CBD, containing nutrients and healthy proteins in case of CBD Bars for instance. You could try the thirst-quenching chill of CBD Ice Tea or Kombucha. Our special tip: bring a bag of fruity CBD Gummies to chew on – not a bad choice to slip into your sports bag before you go. 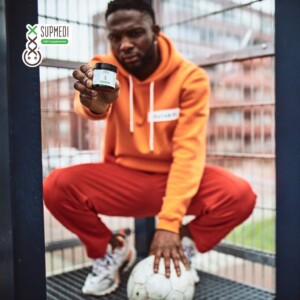 So is toking up before working out a good idea? It is often claimed that smoking weed has a negative impact on your focus and memory. That might prove a disadvantage when training. Then again, it could be the other way around. A study published by Nature Medicine in 2017 found that regular, low doses of THC actually helped restore cognitive functioning in mice.

Resting And ‘The Zone’

Apart from cognitive functions, some fitness experts claim that using cannabis helps them get into ‘the zone’ more easily. It gets them in the right mental state for optimal performance, improving their focus in the process. Weed helps reduce fear and anxiety, further improving concentration. Athletes claim that cannabis helps them get into the flow, taking their achievements to higher levels. Last but not least, cannabis can help you sleep better, so you can return to practice well-rested the next day.

Sports And Cannabis: Our Conclusion

All things considered, it would appear that sports and cannabis make for a team with promising potential. Still, simply skinning up a fatty before heading to the gym may not be the best way to go. Sativa-dominant strains, CBD, and other cannabinoids seem to offer interesting possibilities. On the other hand, smoking is bad for your lungs among other things. Then again, edibles are harder to dose. Much is still unknown, but the fact that athletes increasingly use cannabis indicates that a sporty lifestyle and the right cannabis strains could prove to be a winning combination.