A deeply relaxing sensation is one of the main reasons why people enjoy cannabis. Couch lock, however, takes relaxing to another level, adding a sedated feeling to that experience of zoning out while you chill on cannabis. Some people love the feeling, while others prefer to avoid it. Couch lock is a side-effect of certain types of cannabis. The term refers to being too stoned to even get off that sofa. This blog explains what the couchlock experience is, why it occurs, and how you can avoid it.

Why Do People Get Couchlock?

We all appreciate spending a lazy afternoon on the sofa every now and then. But what if you started to feel so relaxed that getting up seemed completely impossible? That is exactly how a cannabis couch lock feels. The physical sense of sedation becomes so powerful that you feel unable to move. Unpleasant as this may sound to some, the effect is entirely harmless.

Some people describe couchlock as the sensation of being covered in warm blankets. Your muscles unwind as you feel yourself melting away into the sofa. Mental activity may continue at its own steady pace, but the body just stops complying. Don’t worry, though: the couch lock will fade as soon as the cannabis high wears off.

Some cannabis enthusiasts actively seek out the couch lock sensation, while others want nothing to do with it. Pleasant as it may feel, getting rid of that couchlocked feeling can be tricky once it takes hold. 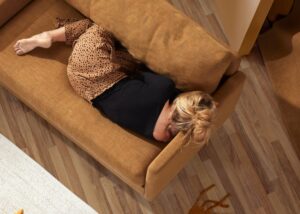 Some connoisseurs are convinced that couch lock is caused by indica-dominant cannabis strains. Indica genetics are known for their relaxing, narcotic effects. This is part of what we call a ‘bodybuzz‘. Sativas, on the other hand, tend to convey an energy boost and a euphoric high to match. Yet even though this theory may sound plausible, the truth is more complex and nuanced.

All cannabis strains have specific effects determined by the biochemical composition of the plant, our own unique metabolism, and the setting we are in. If you’re looking to prevent couch lock, it helps to know what causes it and what can be done about the effect.

Recent studies have identified hundred of different active cannabis compounds. These include the familiar cannabinoids like THC, CBD, and CBG as well as flavonoids and terpenes. At present, it is impossible to pinpoint exactly which of these substances are responsible for all the unique effects of any individual cannabis strain. All marijuana plants contain unique mixtures of these compounds, influenced by factors such as climate, lighting, soil conditions, and grower techniques. As a consequence, terpene, flavonoid, and cannabinoid concentrations vary between strains, and even between plants of a single strain.

Perhaps one day we will be able to pinpoint the specific effects of these distinctive cannabis substances and identify the chemical cause of couch lock. We still have a long way to go before we get to that point, though. This is partly due to the way in which the various cannabis compounds interact with each other. They influence each other’s effects in a process known as the entourage effect. To complicate the matter further, every consumer has their own unique responses to all of these active compounds. All things considered, finding out which cannabis ingredient causes couch lock is a pretty complicated affair.

Could Myrcene Trigger The Couchlock Effect?

Many people suspect that a compound called myrcene is the root cause of couchlock. Myrcene is a terpene produced by all sorts of plants as a means of self-protection from predation, disease, and UV radiation. Terpenes are aromatic compounds, and myrcene gives cannabis its herbal, earthy scent that is reminiscent of cinnamon and cloves. You’ll also find myrcene in plants like lemongrass, hops, thyme, and parsley. 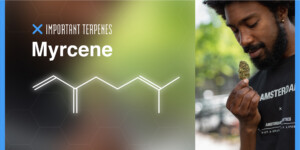 Although myrcene definitely contributes to the effects of cannabis, it has not been conclusively linked to couch lock by scientific research. We do know, however, that myrcene has powerful relaxing properties, making high-myrcene strains particularly suited for people suffering from stress. Meanwhile, cannabis research continues apace. The near future may reveal exactly which cannabis compounds cause couch lock.

What To Do When You Get Couchlocked?

If you do get couch lock and you want to get rid of it, you should know that the sedative, heavy sense of relaxation can be countered by doing or eating something with the opposite effect.

If you do find yourself couchlocked and the above tips don’t seem to work, you’ll simply going to have to roll with it. It may not be what you were looking for, but if you manage to accept it, you may start to enjoy the inevitable and total relaxation it brings. Relaxing on that couch does have its benefits, after all. At any rate, the effect will wear before long, and your health won’t suffer from it.

If you really want to avoid couch lock next time around, try to keep notes of which cannabis strain caused it, and in what amount. Also keep track of the precise moment that couch lock kicked in. This will give you some basic tools to reduce or prevent the impact of this well-known stoner phenomenon. 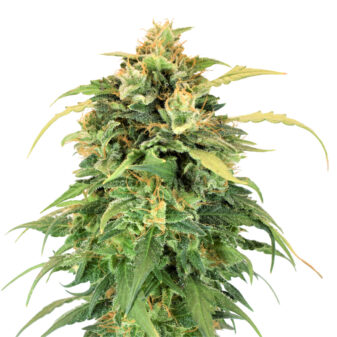 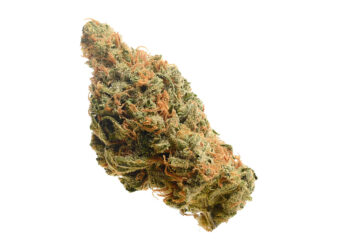