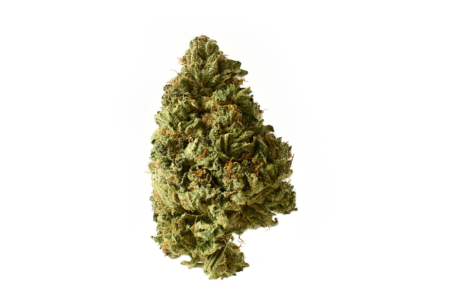 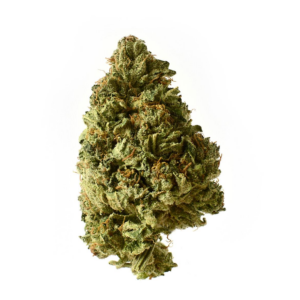 The unmatched taste, effects, and grow performance of the original White Choco strain have been carefully transferred to our White Choco Autoflower cannabis seeds. That means here too, you’ll find all those same great ancestors in the mix, including show stoppers like White Widow, AK-47, and Chocolate Thai. For a special touch, this crossbreed was amped up by adding 10% of prime pedigree ruderalis genetics. That subtle bit of extra does not affect full flavour or the effects associated with non-autoflower White Choco seeds. Still, it makes a big difference from a grower’s perspective. Fungal resistance, fortitude and ability to cope with cold weather have been expanded considerably. The biggest advantage of ordering autoflower cannabis seeds, though, is that you won’t need to time the switch from growth to flowering stage. White Choco Auto can do that all by herself.

Since White Choco Autoflower took only 10% of added ruderalis genetics, the delicate balance between her indica and sativa ancestry was kept largely intact. That means the positive brain buzz and energizing effects of photoperiod White Choco seeds are still there all the way. Here too, the body and brain receive equal attention. This autoflower doesn’t need to compromise on THC percentages either: 18% is nothing to sneeze at. Her 1.8% CBG content deserves special mention as well.

Anyone who knows White Choco will instantly smell and taste the likeness: the terpene profiles of autoflower and normal White Choco seeds are very hard to distinguish. Connoisseurs will instantly note the sweet chocolate aroma. Anyone left in doubt will be convinced by the typical zing of the peppery touch classic White Choco brings. Make no mistake: this is the real deal; only with all the benefits, speed, and resilience that comes with autoflowers.

When it comes to medicinal applications, there is similar agreement on the similarities. To many fans, White Choco Autoflower is every bit as much a go-to strain for managing depression, but she’s a prime candidate for analgesic effects too. Stress and tension tend to have a hard time sticking around when White Choco Autoflower spreads her cheer. That presents an impressive range of possibilities for any growers willing to try the medical potential of White Choco cannabis seeds with minimum effort.

When it comes to fast and robust growth, the original White Choco feminized seeds have a fine reputation of themselves. Now, these White Choco Autoflower seeds present even rookie growers the chance to confidently start their own grow, whether indoors or outside. White Choco Autoflower seeds are fully feminized, giving you near-100% certainty of female plants heavy with glistening buds. It’s just pleasant growing when you know the switch from growth to flowering is determined by the plant itself; less hassle guaranteed.

Those good feelings only get better once you know this autoflower is even more resistant to mould and fungi such as bud rot or mildew. She’s also better protected against temperature drops on cold late summer nights. That’s ideal for humid areas in northern countries; perfect for outdoor growing while the summer is past its prime. Even advanced growers will discover the great stability of these autoflower genetics. Harvest yields are just about every bit as impressive as those of her regular variant; both outdoors and in.

Only logged in customers who have purchased this product may leave a review.