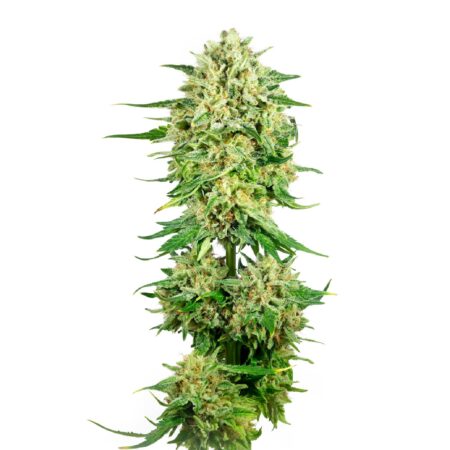 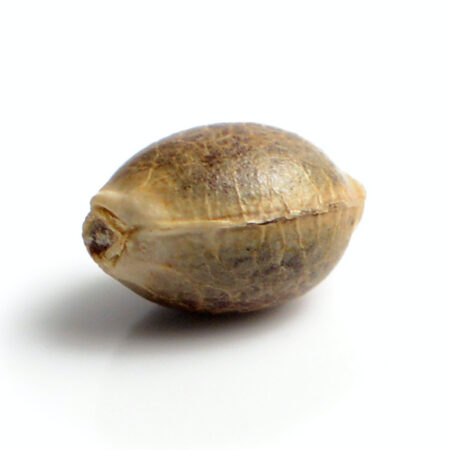 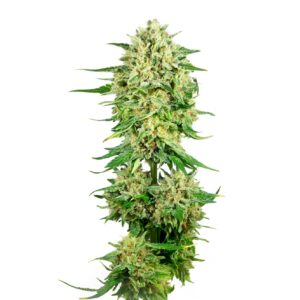 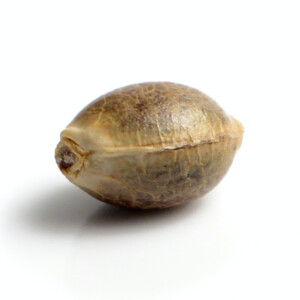 Get ready for some hardcore THC power laced with totally tasty terpene treats… Meet Royal Choco: beautiful Homegrown hybrid cannabis seeds, in which Amsterdam and Asian classics bring out the best in American genetics. Tipping the scales ever so slightly towards the indica side of cannabis biology, Royal Choco yin-yangs midway between the physical and the cerebral, with a wonderful all-encompassing high that leaves limbs and brain cells tingling with equal delight.

Royal Choco seems entitled to a bit of royalty in its strain name. Chocolope is a queenly parent plant representing the kingdom of sativa in full effect. The other half of the equation, K2, is undeniably one of the legendary indica monarchs of the Amsterdam cannabis scene, sired by the majestic White Widow and Hindu Kush strains. Such noble descent manifests itself in luscious buds, superb flavour, and an incredible all-over buzz that justifies the label ‘Royal Highness’ in more than one way!

The 40% sativa, 60% indica balance struck by Royal Choco Homegrown cannabis seeds does little to camouflage the high-impact stoner genetics she carries within. THC levels can reach 24%, but the various entourage effects triggered by a rich terpene profile add to the amazing reach of the resulting buzz. Here again, balance is key. The high creeps in with slick bodybuzz relaxation that is heavy, yet so smooth you won’t even notice it before Royal Choco has wrapped herself firmly around your brain as well. The cerebral high remains comfortably mild throughout, however, leaving ample space to feel the muscles unwind as a fizzy sensation winds its way up and down the spine. A great strain to reward a day of hard work, and a fine candidate for binging series that deserve a bit of attention while you put your feet up.

Somehow, the taste of Royal Choco nugs is as classic and unpretentious as it is avant-garde and complex. In terms of flavour and aroma, think sweet and spicy overtones tied together by a solid earthy foundation. That makes Royal Choco a challenge to pin down even for seasoned connoisseurs. The slightly acrid touch of K2 is kept in check by the rich sensation of Chocolope here, but the unifying traces of pinene and humulene present in its musky perfume of woodland soil add a welcome sense of depth.

It seems fitting that a strain this tasty lends itself so well for improving appetite. At the same time, Royal Choco has the right mind-oriented sativa tools on board to ease anxiety or tensions and soothe mild depression. It’s just another expression of the great brain-body and sativa-indica balance reflected in these gourmet genetics.

Royal Choco Homegrown cannabis seeds are not hard to germinate and grow into harvests of royal proportions, if approached the right way. Slightly better suited for well-lit indoor grow palaces than for outdoor courtyards, these plants tend to remain quite short in keeping with their indica genetics. Out in the open, results are hard to predict but can be very satisfying in the right climate and soil. Indoors, yields of around 450-500g/m2 are no exception provided her 8 to 9-week flowering time is treated with the dignified respect Royal Choco deserves.

There are no reviews yet.

Be the first to review “Royal Choco” Cancel reply