Cannabis is used to relax, to spark euphoria, or even for various medical reasons. However, many people turn to cannabis expecting weed to promote creativity. Stories abound of how famous artists (like Bob Marley or The Beatles), painters, and writers indicated that cannabis was a key contributor to their success. But is this just a self-fulfilling prophecy, or does cannabis truly improve creativity? This blog explores how weed affects that ephemeral muse of inspiration and open-mindedness: creativity.

Creativity In The Brain

Humans are creative beings by nature. Our creativity explains how we live in comfortable, heated homes, talking to friends over ingenious technology while unleashing our inspiration on our favourite dish in the kitchen. Our works of art are testament to our creative spirit, too. But what exactly is creativity? One dictionary defines it as ‘the ability to produce or use original and unusual ideas’. Clearly, although perhaps not very creatively stated, creative thought requires a powerful capacity to create something new.

In psychology, creativity is regarded as the ability for divergent thought. It entails coming up with solutions from various angles, with an open mind able to think spontaneous, nonlinear thoughts. It is the ability to let ideas flow freely. This manner of thinking is used in brainstorm sessions, which aim specifically at generating original, outside-the-box concepts. 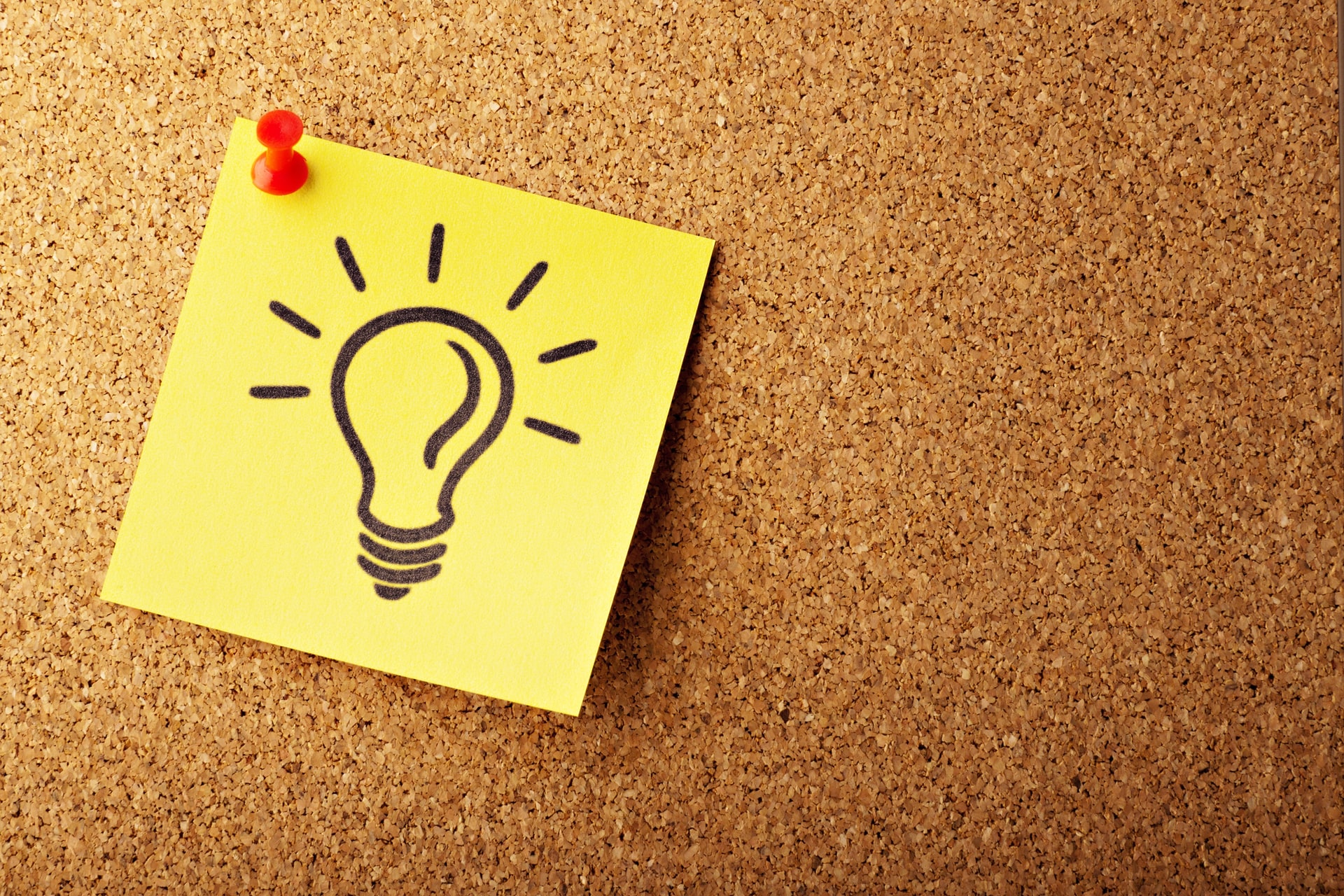 However we define it, though, some people just seem to be more creative than others. This is linked to the way our brain works. Research demonstrates that creativity originates in the frontal lobes of the brain. Creative thought increases activity in this anatomical structure. Interestingly, cannabis also affects these frontal lobes: consumption of weed encourages the flow of blood towards this region, increasing activity as a result. It appears, then, as if cannabis has a positive effect on creativity.

The Influence Of Cannabis On Creativity

The effects of cannabis on creativity have not been extensively studied so far. That makes it difficult to fully grasp how the plant’s various compounds affect the brain; let alone how cannabis can trigger sudden torrents of brilliant ideas. A research team led by Schafer might reveal a few initial clues, however, based on a 2011 literature study into the effects of cannabis.

The team suggested that weed may produce so-called psychomimetic symptoms. This means that cannabis compounds can cause a mental state that is slightly akin to psychosis. As serious as this may sound, it simply means that a cannabis high may enable people to link concepts and events that seem unrelated at first glance. This is a concrete example of divergent thinking we mentioned earlier as a defining feature of the creative process.

The use of psychoactive substances is known to stimulate open-mindedness. It allows thoughts to run more freely, opening up space for associative thinking that can lead to new ideas. Such substances reduce the inhibitions and limitations of established notions, which allows our thoughts to wander. No matter whether we look at tribal people using peyote, or modern westerners smoking cannabis; many people have noticed first-hand how a change of perspective and their emotional state can come with concrete advantages. Such alterations seem to increase and improve the capacity for creativity. 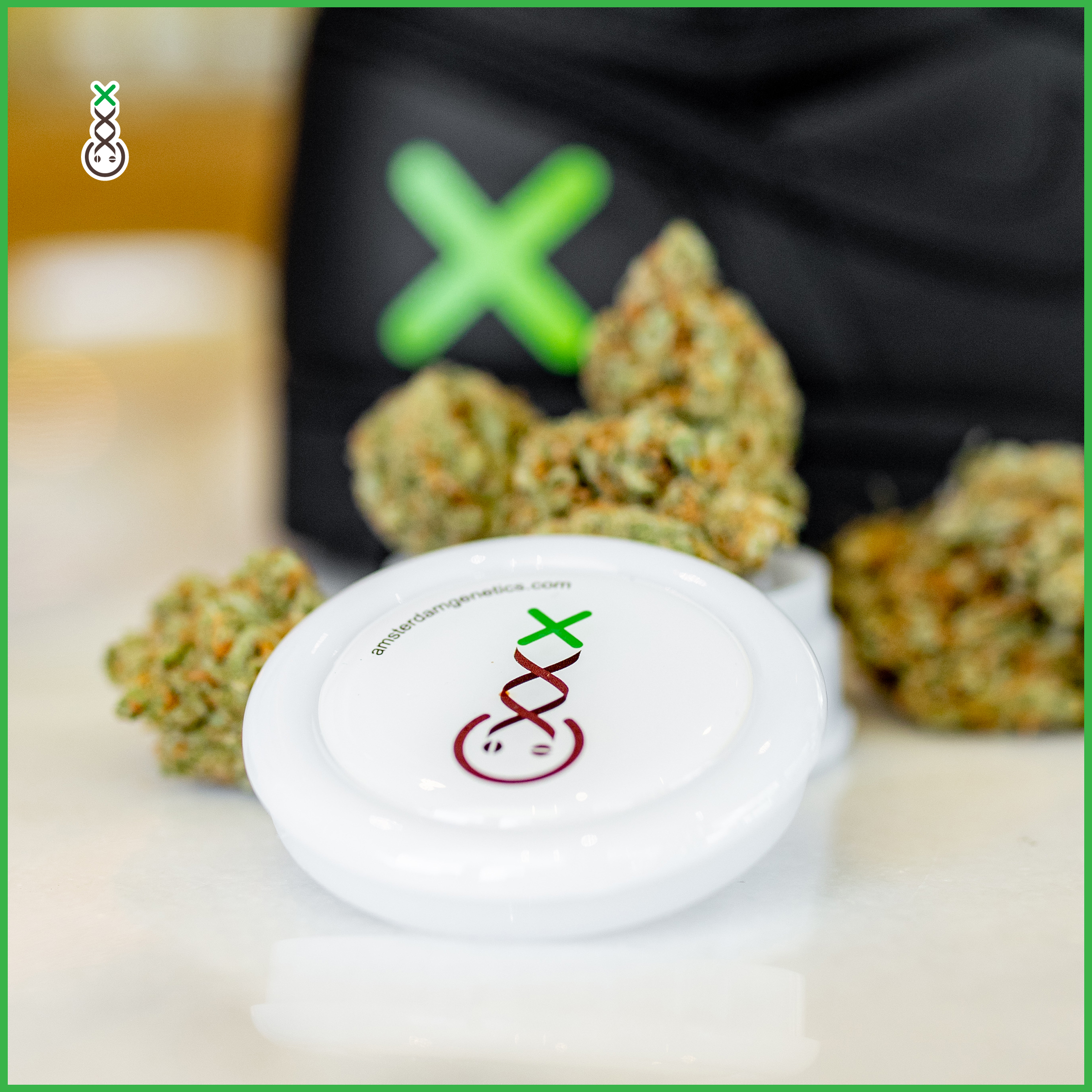 A Dutch study from 2014 demonstrated that the influence of cannabis on creativity tends to vary. The research involved two sets of subjects: one group with high creativity characteristics and another group with less exceptional scores on this dimension. Strikingly, use of cannabis hardly affected the creativity of the group that was more creative to begin with. Apparently, the effect of cannabis can only elevate creativity to a certain point. However, those subjects who weren’t very creative initially did notice a marked difference. Their creative performance improved to almost the same level as those who were creative by nature. Evidently, marijuana could prove useful at least to some of us in this regard.

Dosage seems to be another determining factor, though. Modest dosages of THC (5.5mg) appear to encourage divergent thought. This manifested itself in two ways: increased frequency of creative ideas, and improved flexibility and variety of such ideas. Subjects also improved in terms of originality. Increasing dosages to higher levels (22mg) appeared to reverse these effects, however, lowering scores across all variables measured.

There is one other factor to consider in using cannabis to boost creativity. No matter how creative it might make us, THC is known to disrupt both short-term and long-term memory function. Should you be struck by sudden gems of cannabis induced wisdom and creative thought while you are high, do remember to write them down on a piece of paper. You may find that by the time you return to sobriety, you have no idea what went though your mind as your creativity peaked.

Tips For Boosting Creativity With Cannabis

With the following tips in mind, anyone can try to make the most out of the creative booster potential of weed.

1. Start Out With Small Doses

As you have read above, more cannabis does not necessarily make us more creative. If you are looking to crank up your creativity with cannabis, start out with a modest dosage. If the strain of your choice contains too much THC, or if you simply take too much, you run the risk of either running out of creative steam or failing to complete your creative act altogether. On top of that, you may run into some of weed’s less attractive side-effects.

Although some cannabis strains just tick all the right boxes for boosting creativity, you should still try to find your best personal match. Are you looking for tranquil, philosophical meditations, or do want a mental state that leaves the doors of perception wide open, ready to let in a flood of wild inspiration? You could opt for an activating sativa strain or go for a soothing indica instead. In very general terms, you could say that haze strains tend to produce activating headbuzz effects, whereas kush strains may leave you stranded on the sofa, way too relaxed to permit ideas more inspiring than clearing out the pantry.

Creative With Weed: Growing The Seeds Of Inspiration

White Choco Haze is what happens when you cross White Choco with hardcore haze genetics for added mental activity. This 80% sativa hybrid is not hard to grow, which is a real perk for genetics this hazy. 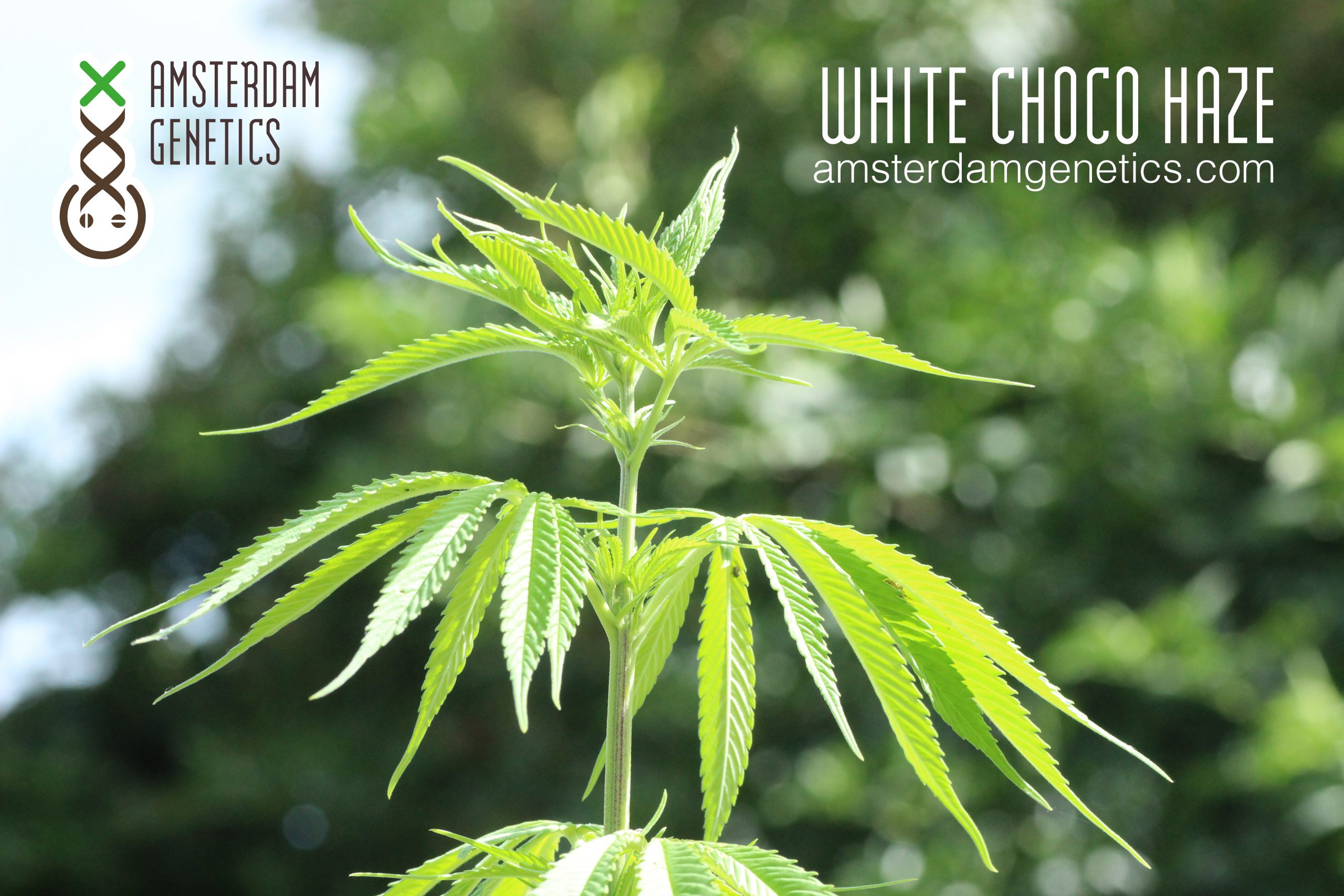 In terms of flavour, the taste of chocolate and a twist of melon amount to a shot of inspiration all on their own. Still, the uplifting creative vibes of her excellent high are the real secret driving your pen, brush, or DJ set to a whole new level!

Chocolato approaches creativity from the indica side of the cannabis spectrum. She sparks creative and productive urges, making her excellent for daytime productivity. At the same time, Chocolato embodies a pleasantly floaty buzz that lingers somewhere in between the mind and the muscles. And since creativity and taste were always closely related, her delicious Gelato pedigree lends this Homegrown strain just that bit of added inspiration to kick off your inspiration! 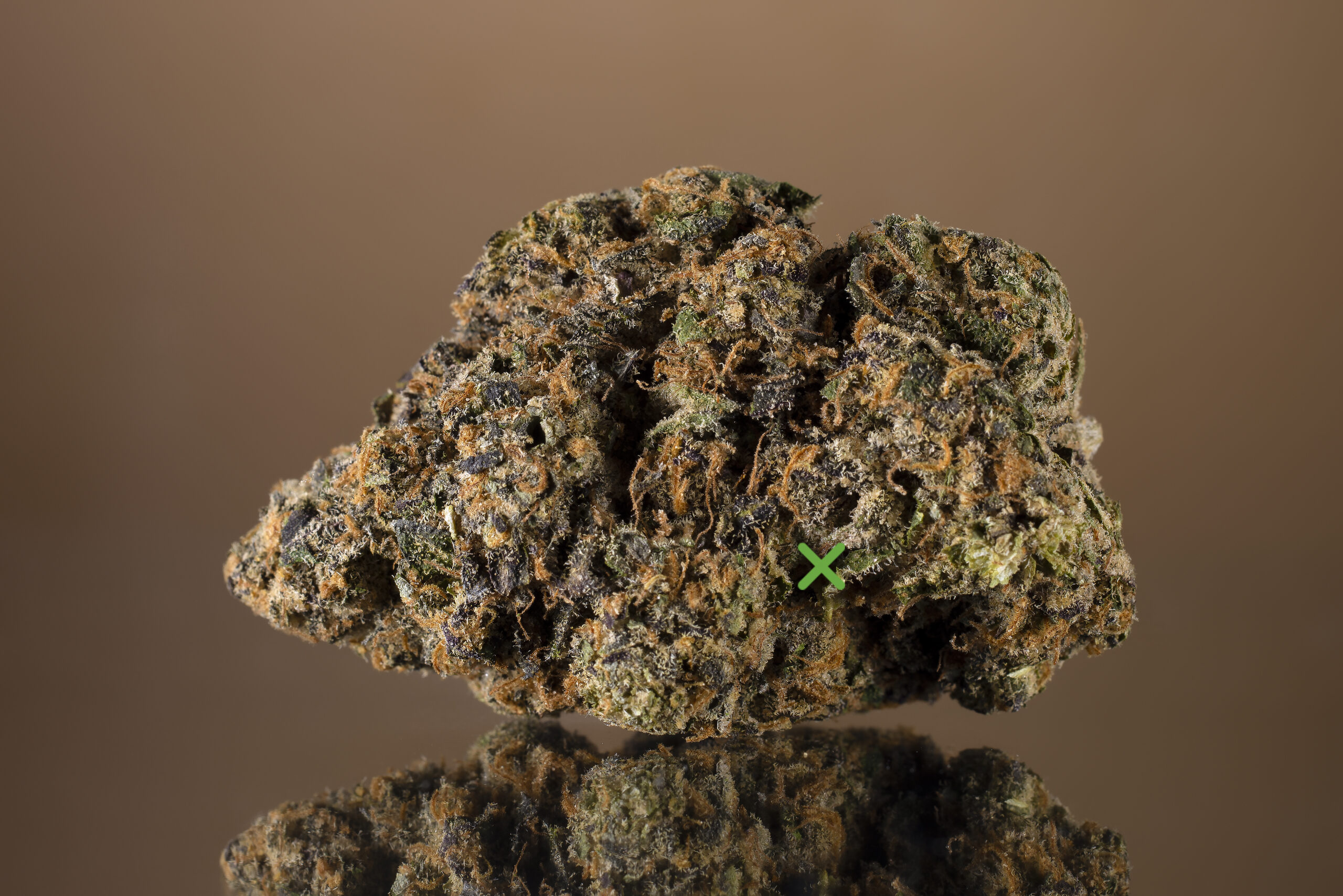 Blue Amnesia Haze is a real must-try creative inspiration cannabis strain that keeps on fizzing for hours. These potent sativa cannabis seeds of Amnesia Haze descent pack enough creativity to get some concrete results, no matter what your artistic goals may be. Blue Amnesia Haze is also a fine choice for social settings such as jam sessions or joint creative projects, because her uplifting streak keeps conversations and inspirations flowing simultaneously. 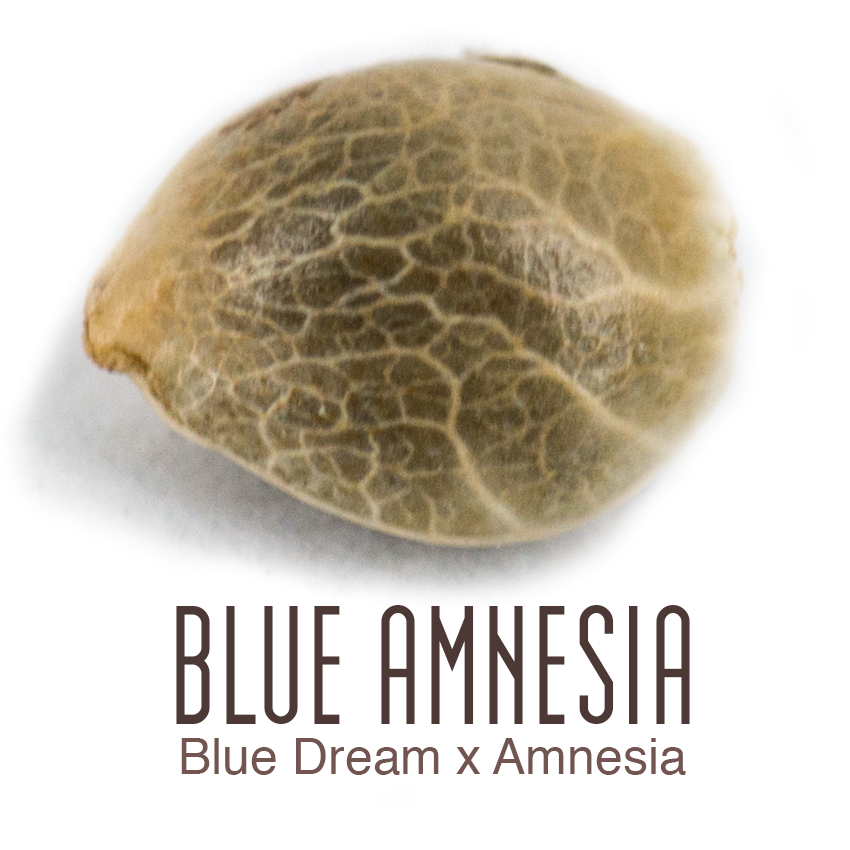 Blue Amnesia Haze may not be the easiest strain to grow, but then again, that is precisely why we created Blue Amnesia Autoflower cannabis seeds to unlock creativity for beginner growers, too.

As you can see, the Amsterdam Genetics collection has something wonderful to grow for anyone. Anyone looking to explore the links between cannabis and creativity for themselves will always find a suitable strain in our expanding seeds range!