Every cannabinoid in marijuana plants has its own unique properties, and taken together, that’s quite the collection: over 100 have been discovered so far. Together, they produce the particular effects that have made cannabis so popular, including the recent spike in attention from medical researchers. Most cannabis enthusiasts know the best-studied cannabinoids to some extent, including THC, CBD, CBN, and CBG. A less familiar cannabinoid with every bit as much potential, though, is THCV. This compound has some psychoactive qualities of its own, although interestingly, it does not cause the craving for food that its near-twin THC produces. On top of that, THCV cannabis appears to hold some unique medical advantages, too. High time for an in-depth look!

How Does THCV Affect Cannabis?

Looking at the many compounds that marijuana contains, we find a long series of abbreviations, each of which is a distinct cannabinoid with its own combination of properties. Some are famous, but most are still quite obscure. THCV ranks among the latter kind. The abbreviation is similar to THC, yet even though the letters appear to correspond, THCV is still an altogether different substance.

THCV is an active cannabis component, although it occurs in much smaller quantities than CBD or THC, for example. Nonetheless, THCV adds its own unique effects to the mix, subtle as these may be. And just like other cannabinoids, THCV produces certain effects that alter in the presence of other cannabis compounds, compared to its effects in isolated circumstances. This phenomenon is know as the entourage effect. Moreover, THCV appears promising in its potential medical applications, too. 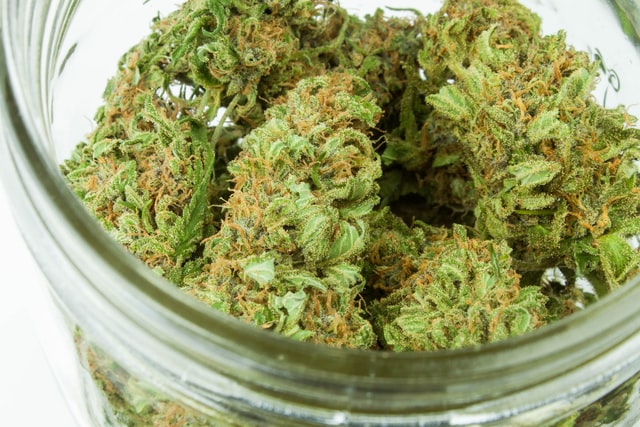 After THCV was discovered in 1971, it was predominantly used for forensic purposes for quite some time. The reason for this peculiar use was the observation that high THCV concentrations mainly occurred in African marijuana strains. Consequently, the compound was used to determine whether confiscated weed came from abroad or from domestic growers. Fortunately, the tide is turning when it comes to cannabis policy. These days, the world is more interested in the medical potential of tetrahydrocannabivarin than in its judicial applications.

The Advantages Of THCV Cannabis

The specific effects of THCV are hard to distinguish from the overall cannabis high even for experienced connoisseurs. Still, this cannabinoid has some unique properties that could offer very real medical potential. Below, you’ll find a summary of the what we’ve discovered so far.

A well-known property of THC is its tendency to spark a strong craving for food known as ‘the munchies’. This is in fact why THC is used to treat people who lose too much weight. THCV, by contrast, produces the exact opposite effect, reducing appetite instead of stimulating it. This is due to THCV’s tendency to suppress the CB1 receptors of our endocannabinoid system (ECS). That means THCV has implications for people interested in losing weight. The best candidates are strains that are rich in THCV as well as in CBD, since this cannabinoid can also help keep our appetite in check.

THCV might also prove to e effective against diabetes. Scientists tested the compound on mice and noticed how it improved cell receptiveness to insulin as well as helping control blood sugar levels. THCV reduces glucose tolerance. Researchers now suspect that THCV could be important for finding new diabetes treatments.

Potential Of THCV For Parkinson’s Disease

Similarly to several of its fellow cannabinoids, THCV has antioxidant properties. It activates CB2 receptors while blocking their CB1 counterparts. Scientists think that this could make THCV useful in the fight against Parkinson’s disease. THCV might help dampen symptoms such as tremors, and slow down the decay of brain tissue. 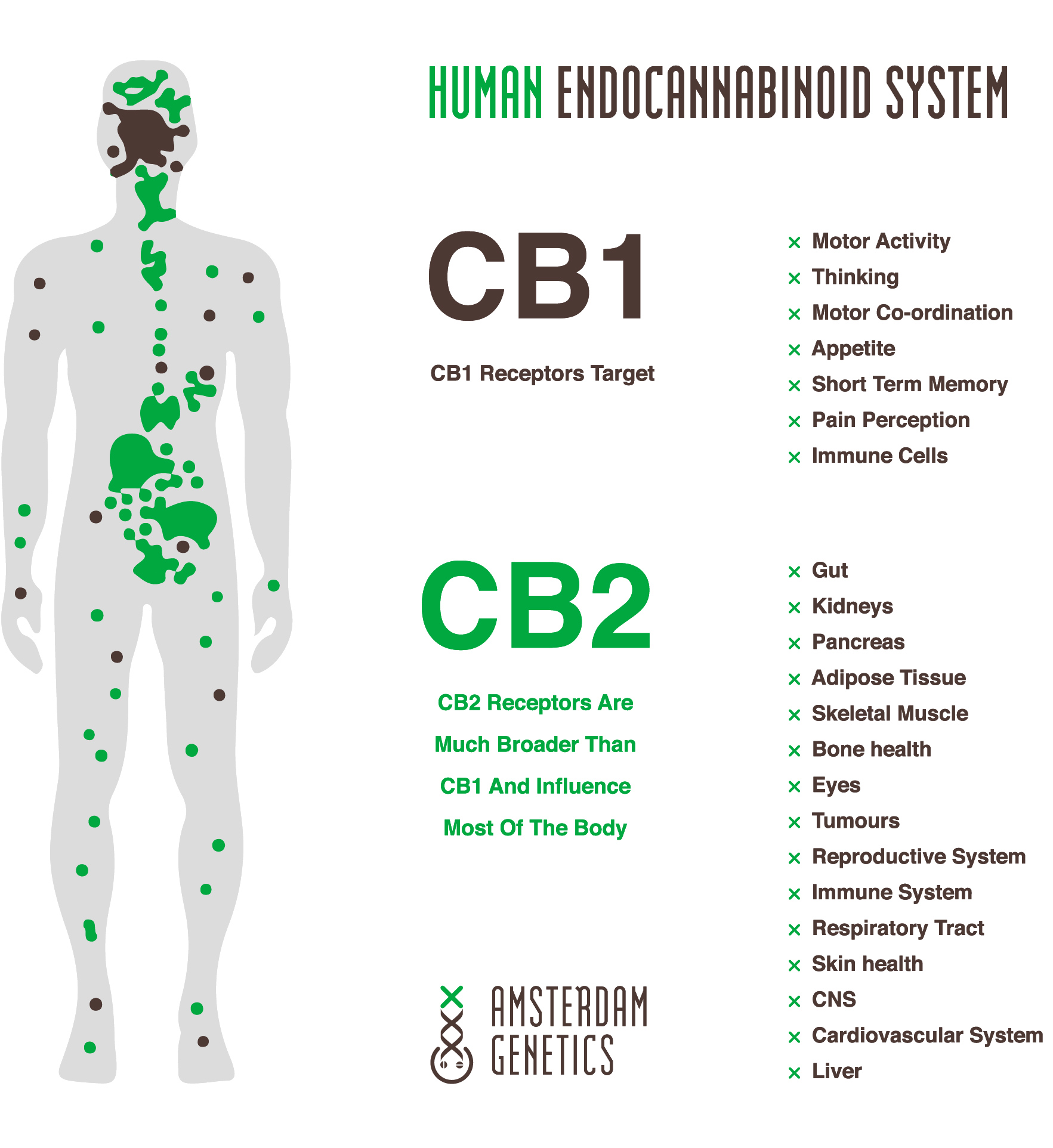 THCV’s propensity to activate CB2 receptors also enables it to help reduce inflammation. That makes it a promising candidate as an anti-inflammatory agent for use against a range of painful conditions.

Anxiety and anxiety disorders present another potential area for useful THCV applications. Research indicates that THCV may help reduce or even prevent episodes of anxiety. Most of the research conducted in this regard comes from Israel. Local scientists have determined that this cannabinoid is particularly effective by its capacity to suppress the sense of panic sparked by our innate fight-or-flight response. This evolutionary mechanism kicks in whenever we experience stressful situations, or when we feel threatened. This implies that people diagnosed with PTSD or other anxiety disorders may really stand to benefit from treatment based on THCV cannabis.

Can You Get High From THCV?

THCV and THC are very similar substances; even at the molecular level. That begs the question: can people get high from THCV, too? The answer is more complicated than you might expect. At low dosages, THCV does not produce a noticeable high effect. This compound is a CB1 antagonist that blocs these receptors. Similarly to CBD, THCV can counter the effects of THC and limit the high it produces. 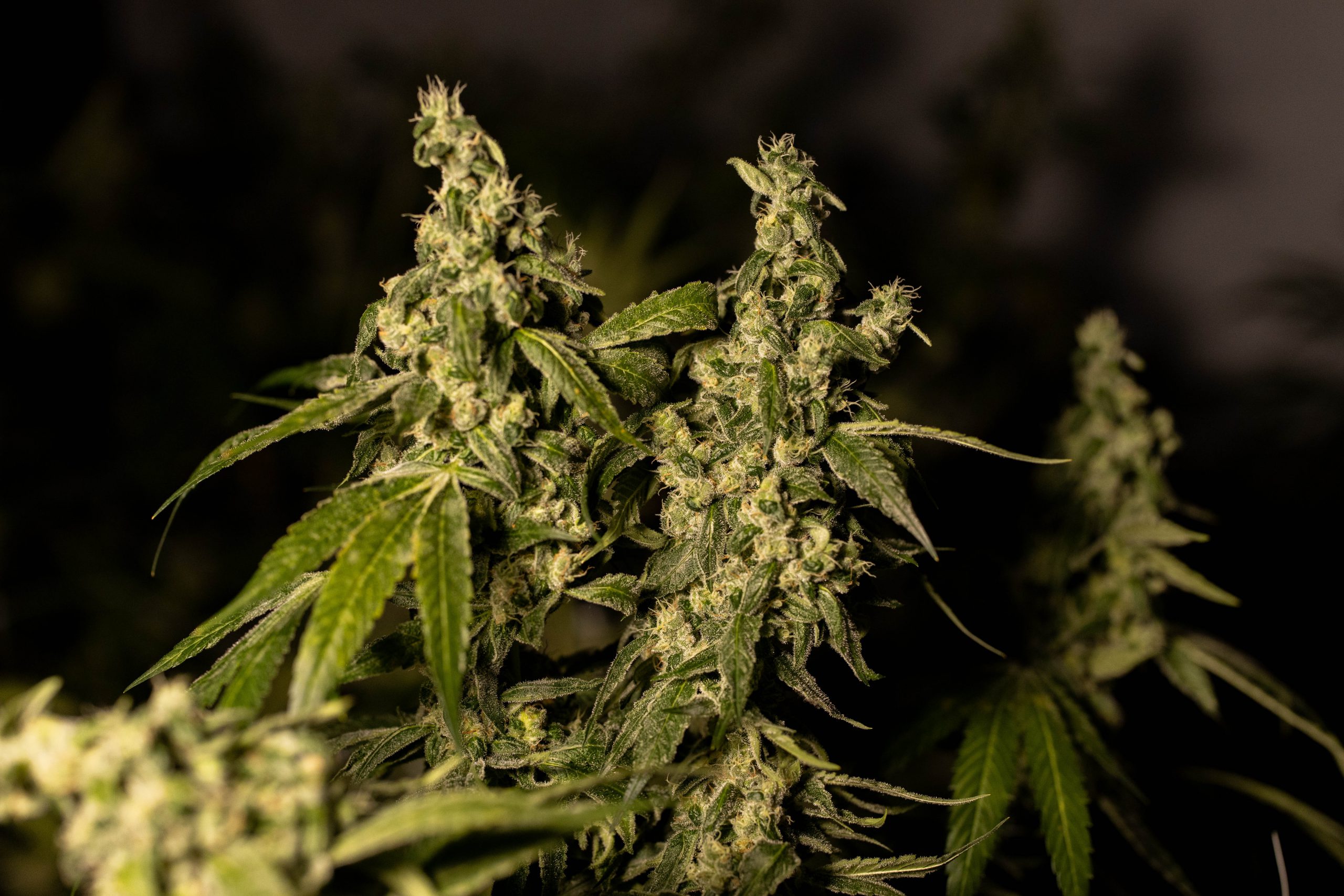 Effects Of Cannabis With THC And THCV

At higher dosages, however, THCV starts to paint a different picture. At this point, the compound starts to change into a CB1 agonist. That turns the formerly non-psychoactive cannabinoid into a high-producing compound with stimulating properties while maintaining a level head. Furthermore, THCV works faster than THC, which makes for a fast-onset high that fades quickly, too.

Anyone using cannabis, whether medicinally or recreationally, stands to benefit from the properties of THCV. Most strains contain only minute quantities of THCV, although some hold more than others. The two Amsterdam Genetics THCV cannabis strains below allow any grower to make the most out of this special compound.

Sadly, studies into this cannabinoid are still few and far between. It will take some time before the first actual THCV-based medicines are ready for use. Of course, that doesn’t mean you can’t profit from the combined benefits of all the cannabinoids we know so far. Our blogs tell you more about which strains, cannabinoids, and other compounds are best to use for issues like stress, anxiety, fatigue, or pain, for instance.

One Amsterdam Genetics strain that stands out for exceptional THCV levels is Amazing Haze. This potent sativa weed variant is widely appreciated for its cerebral effects both from a medicinal and a recreational perspective. Its effects are strongly brain-oriented, which becomes apparent in an uplifting, energetic, and pretty clear-headed buzz. An approximate THC level of 24% undoubtedly plays a part here, but the contribution of up to .5% THCV must also be substantial.

Interesting food for thought is THCV’s potential for dampening the sometimes intense mental activation that sativas can bring. That could make a THCV-rich sativa strain useful even for anxiety control. For non-medical connoisseurs, though, an activating high without the fridge-clearing tendencies can be an equally attractive prospect.

In contrast to Amazing Haze, Dutch Duchess Homegrown cannabis seeds are a THCV source from the indica end of the spectrum. These kush genetics make THCV rates of up to .2% a very real possibility. The immediate THC and THCV experience goes hand in hand with more physical (entourage) effects here. Moreover, Dutch Duchess genetics pair THCV with substantial CBN content. This culminates in a cannabinoid profile varied enough to produce a satisfied, relaxed high that can work wonders both for improved sleep and for profoundly chill evenings.

The Amsterdam Genetics collection holds carefully cultivated marijuana seeds for any taste and individual need. That means even cannabis growers looking for rare cannabinoids like THCV will find the best seeds for their next grow project here!