> Can CBD Turn Into THC In The Stomach?

Well, yes. But actually, no! Researchers have discovered that the pH-level in our stomach could turn CBD into THC. And while there’s a patent pending to further develop this process, it might not be as exciting as we thought:

Most cannabis consumers know that the cannabinoids CBD and THC are pretty similar. The two main components found in weed however, vary significantly. CBD is non-psychoactive, as it has only a weak ability to activate the CB1-receptor in the endocannabinoid system. On the other hand, the substance is classified as a negative allosteric modulator of CB1-receptors from the ECS. Meaning it affects the receptors (found throughout the human body) so that cannabinoids like THC – or your body’s own THC, anandamide – are not well absorbed.

As a result, CBD appears to be free from the psychoactive effects you might be used to getting from THC. Moreover, CBD is known to balance out the high you get from THC and counteract the ‘negative effects’ from regular THC use or abuse. Though researchers have recently discovered that it might be possible to turn CBD into the psychoactive THC. But how? 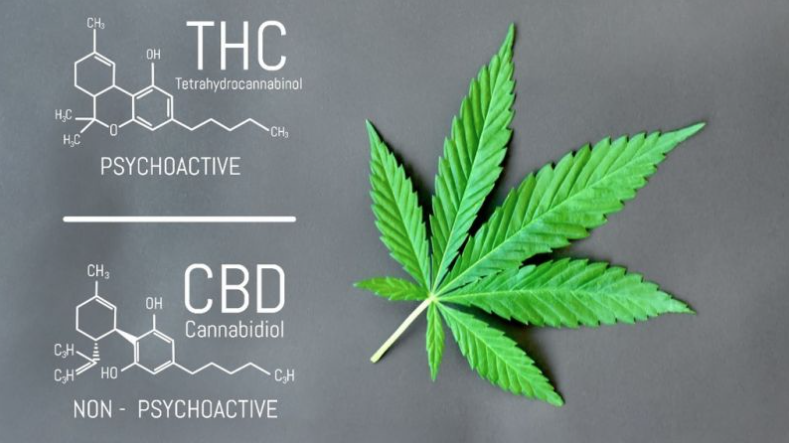 CBD solutions are known to be pretty unstable. They have to be stored in a dark place, below 8 Degrees Celsius. Under different, more acidic conditions, CBD could possibly turn into THC and other cannabinoids. A process known as isomerization – with at least two possible consequences:

Can CBD Turn Into THC?

Logically, this discovery sparked an interest in scientists to explore if CBD could convert to THC in the stomach. Especially considering that this conversion could never happen using other cannabis consumption methods, such as inhalation or topicals. So, what have they found?

Well, one study used artificial gastric fluid. Obviously this was adjusted to pH 1, to mimic the acidity of actual gastric fluid. The CBD in the study was dissolved in methanol, resulting in a 85% isomerization of the present CBD; into a mixture of D9- and D8-THC.

Another study though, used gastric juice with a slightly different pH compared to that of stomach acid. Here, the conversion rate was only 2,9%. Considering the different compositions produce various results, means we should be careful interpreting this data.

CBD to THC In The Stomach

Now we’ve discovered that CBD could turn into THC because of the acidity in the stomach; it’s time to figure out why it doesn’t actually convert into the psychoactive substance after ingestion. As research has shown, the gastric fluid in our bodies contain a number of different enzymes, like:

Knowing that CBD can bind to certain proteins, it is believed that this mechanism protects the cannabinoid from isomerization in the stomach. This explains why there hasn’t been a single case of CBD to THC conversion in the human gastrointestinal tract.

Theoretically speaking though, it is still possible to turn CBD into THC. Using a number of acid treatments and extraction by chromatography techniques. Moreover, there is a patent pending on the series of steps to complete this process. One of the researchers on the patent application is Dr. Raphael Machoulam. The legendary Israeli researcher, who was the first ever to isolate (and therefore scientifically discover) THC in cannabis.

There is no way of saying what this process will best be used for. Especially considering the fact that cannabinoids like D8-THC are minor parts of the cannabisplant; and D8 is about 50% less potent than D9-THC in terms of psychoactivity. On the other hand though, it is 200% more effective in battling nausea compared to D9.

In other words, chemical isomerization of cannabinoids may provide a fast, standardized process; to produce rare yet medically effective cannabinoids.